This Summer is going to be quite packed for Nintendo Switch owners! Nintendo have announced that Marvel Ultimate Alliance 3: The Black Order will be released on July 19th in Europe and North America, which is 1 week after Dragon Quest Builders 2 and one week before Fire Emblem: Three Houses.

If you’re interested in all three games, July is going to be a really intense month for you (and your wallet), especially as Marvel Ultimate Alliance 3: The Black Order will be full price: $59.99 (most definitely 59.99€ in Europe).

Nintendo also revealed the boxart for the game, which is as follows: 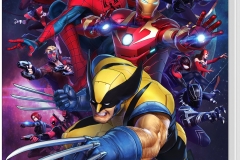 In the MARVEL ULTIMATE ALLIANCE 3: The Black Order game, you’ll assemble your ultimate team of Marvel Super Heroes from a huge cast, including the Avengers, Guardians of the Galaxy and X-Men, among many others.

While iconic characters like Iron Man, Wolverine, Spider-Man, Hulk and Captain America are back, newly announced heroes like Black Panther, Deadpool, Spider-Gwen and Doctor Strange also join the action, each with individual abilities or special moves.

In this new story, Super Heroes unite in a race across iconic locations in the Marvel Universe to find the Infinity Stones before Thanos and The Black Order use them to unleash cosmic chaos. Up to four people can play together in local* or online** co-op, with the ability to drop in and out at any time.

Marvel Ultimate Alliance 3: The Black Order (Switch) comes out on July 19th in Europe and North America, and this Summer in Japan. 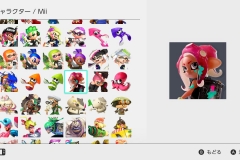 Here’s the latest episode of Dragali-janaimon!, the official webshow decided to Dragalia Lost: