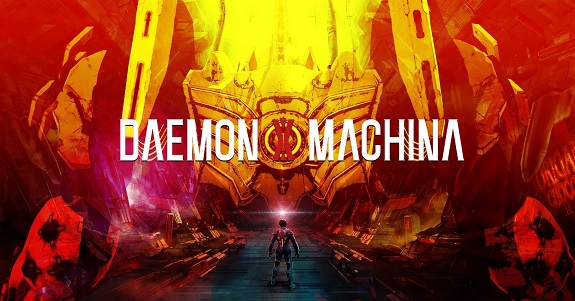 While Daemon x Machina was indeed showcased during the Nintendo Direct, nothing really new was announced. We did get some more gameplay footage and screenshots, at least!

DAEMON X MACHINA: In this stylish action game first revealed at E3, the world and its inhabitants are on the brink of extinction. As a mercenary, players will pilot a powered suit called an Arsenal and face runaway AI. Defeat enemies and acquire parts that can be equipped on the fly or brought back to base to craft new armaments. Use additional tactics by changing between projectile and melee attacks or take the fight on foot to gain an advantage in battle. DAEMON X MACHINA launches for Nintendo Switch in 2019.

During the Nintendo Direct, Capcom announced a new game for the Nintendo Switch, and it’s a completely original one…… actually, it’s another compilation. Introducing the Capcom Beat ‘Em Up Bundle (known as Capcom Belt Action in Japan). It will cost 19.99€ / £15.99 / $19.99, and will also be available at retail in Japan.

Capcom Beat ‘Em Up Bundle includes Final Fight (1989), The King of Dragons (1991), Captain Commando (1991), Knights of the Round (1991) and Warriors of Fate (1992), which gamers may remember from arcades or previous console releases. Armored Warriors (1994) and Battle Circuit (1997) have previously only been available in arcades, rounding out the collection providing an opportunity for gamers that may have missed out on that era a chance to play these retro gems at home. All of these titles exemplify some of the best side-scrolling games of the arcade era, and introduced players to iconic Capcom characters such as Captain Commando, plus Cody, Guy and Mike Haggar from Final Fight.

Playing co-operatively with friends was a huge draw for the arcade beat ‘em up genre, and Capcom Beat ‘Em Up Bundle preserves that popular feature. All seven games in the collection will support drop-in local and online multiplayer co-op play. In addition, a variety of customisable options are available to tailor gameplay such as number of lives, continues and difficulty.

In between battles, players can also dive deeper into each game with comprehensive galleries. A time warp of each game’s history includes stunning art, design sketches, development documents, archives of the original game sleeves and instruction cards, as well as special artwork that was only available to fan-club members at the time.

Capcom Beat ‘Em Up Bundle (Switch) comes out on the Nintendo eShop September 18th in Europe and North America, and September 20th in Japan. It will be released at retail on December 6th in Japan. The Upcoming Games page has been updated!

After being announced early last week due to the Nintendo Direct being delayed at the last minute, Sid Meier’s Civilization VI was officially revealed during the presentation this week. It will be released on November 16th worldwide.

Explore the world, advance your culture, wage war, and make peace as you compete against history’s most renowned leaders to build an empire that will stand the test of time.

Sid Meier’s Civilization VI (Switch) comes out on the Nintendo eShop on November 6th worldwide. It will be released at retail on December 6th in Japan. The Upcoming Games page has been updated!

Mega Man 11 was also showcased during the Nintendo Direct, but nothing really new was shown or announced.

Next week (on September 19th/20th), a new Software update for Mario Tennis Aces will be released. You can find the complete patch notes on this page. The main new feature is a new online co-op mode, that allows you to take part in time-limited missions with other players in order to get rewards (special outfits, characters with alternate colour schemes, and more). Also, more playable characters are on the way: Birdo, Shy Guy, Koopa Paratroopa! and Petey Piranha!