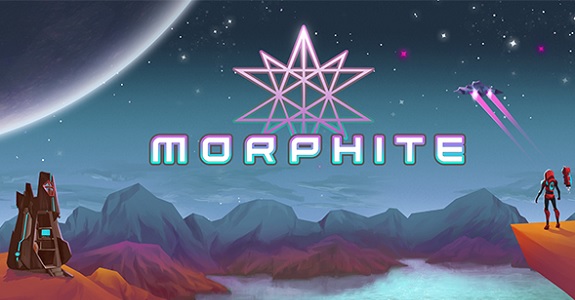 Update: Blowfish Studios just announced that Morphite was delayed (due to “unforeseen consequences”), and wouldn’t be released on September 7th as initially planned. Fortunately, the delay isn’t that big a deal: the game will be released only two weeks later, on September 20th!

If there’s one good thing about the steady flow of indie releases on Nintendo Switch, it’s that no two games are the same. And Morphite, announced earlier this week, definitely isn’t like any other! For starters, it’s a an atmospheric exploration sci-fi shooter with platforming elements, inspired by classics such as Metroid Prime, Ratchet and Clank, and Turok.

The game features a really unique, low-poly artstyle, which really does give it a unique look and atmosphere, as you can see in this trailer:

Developed by We’re Five Games and published by Crescent Moon Games, Morphite has you explore the galaxy, in order to unravel the mystery surrounding a rare material called Morphite. To do so, you will have to research plants and animals, but also battle hostile entities, because not everything in the universe is friendly… quite the opposite!

The story of Morphite takes place in a far off future when humanity has long since populated the distant reaches of space. The player takes on the role of Myrah Kale, a young woman residing on a space station and workshop under the care of her surrogate father, Mr. Mason. What starts as a simple exploratory mission to gather supplies to support their shop rapidly turns into a journey revealing Myrah’s unknown past and her relationship to a rare, coveted, and nearly extinct material called Morphite.

In order to unlock and understand the mysteries of her past, Myrah must travel to undiscovered planets, roam uncharted sectors of space, and confront exotic creatures and locales in search of this Morphite.

An important thing to note about Morphite is that the worlds are randomly generated (even though you do follow a storyline). You will get to encouter various creature types, landscapes, caves, rivers, space stations (abandoned or infested), and more… all of this, randomly generated.

Sounds exciting? If yes, you will be glad to learn that Morphite will be released on the Nintendo Switch pretty soon… on September 20th! Wait… it’s already mentioned in the trailer above, isn’t it! Unfortunately, no price yet… The Upcoming Releases page has been updated.