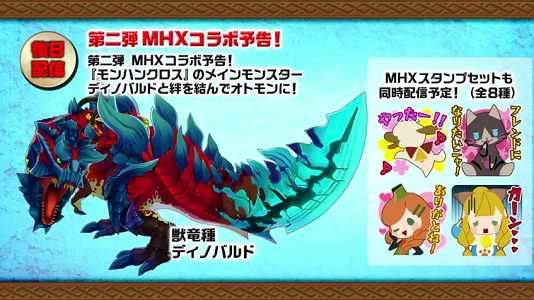 Yesterday, during the Monster Hunter Tokuban 2016 Autumn, Capcom announced that this week’s DLC for Monster Hunter Stories would feature Daigo (the famous singer, who’s a big fan of the series), but also Monster Hunter Generations. The new content is now available, and as usual, Capcom shared some details and screenshots for it.

Let’s start with the Daigo DLC, which includes:

As for the Monster Hunter X / Generations DLC, it includes the following:

In case you missed it yesterday, here’s some footage of this new DLC content for Monster Hunter Stories: