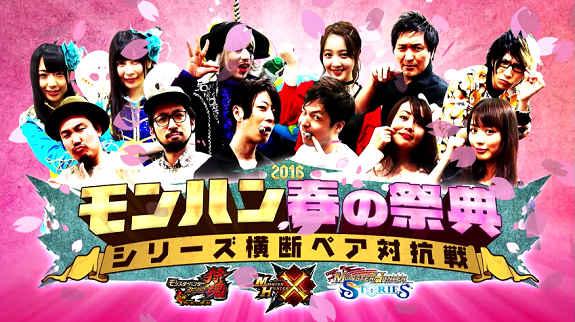 Yesterday, the last event of the Monster Hunter Festa 2016 took place in Japan. During the stage show, Capcom announced the Monster Hunter Spring Festival: a special event / tournament where two teams of celebrities will compete, and tackle a series of challenges in the following games:

The first “episode” of the Monster Hunter Spring Festival will go live on Thursday (March 31st). Here’s the list of people who will take part in it:

Here’s the preview video (which shows that the event has been pre-recorded, and will not be live):

Head after the break for pictures of the last Monster Hunter Festa 2016 Event!

Source: 4Gamer.net / Capcom
Thanks PushDustin (Source Gaming) for the help.