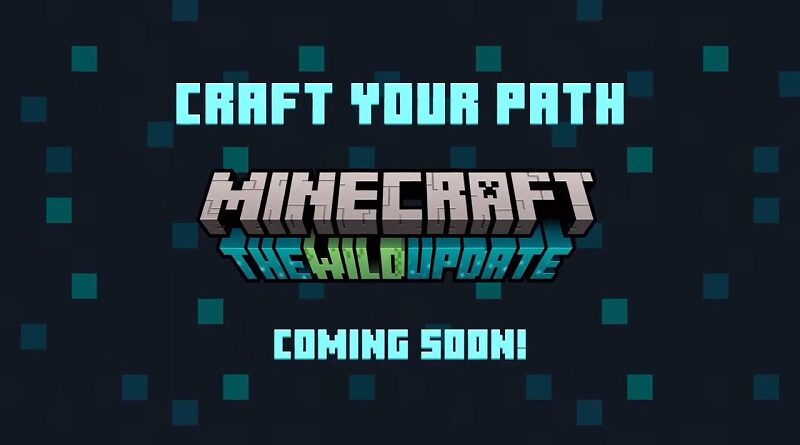 The Wild Update is the next major update for Minecraft, and it’s releasing pretty soon (on June 7th in Europe and North America, and June 8th in Japan, to be precise!). It will bring some exciting new content to the new game, such a new Biomes, new Mobs, a slew of new items, and much more. As usual, the official patch notes will be added to this page as soon as the update is live.

Ahead of the release of that major update, Mojang Studios are planning to share a series of videos showcasing the new content it will brings to Minecraft. We created this page so that we can gather all the videos in one place, and naturally, we will keep updating it as new videos go live. Make sure to keep checking back!

You can find lots of details about The Wild Update on this page.

Today’s video is a trailer for The Wild Update itself!

Today’s video introduces one of the new Biomes: the Mangrove Swamps!

Build your boggy hideaway from beautiful mangrove wood, make some amphibious new friends, or just play in the mud!

The third video for The Wild Update introduces another new mob: the Warden!

Well now you’ve gone and done it… All that noise you’ve been making has awoken the warden! Will you test your courage in The Wild Update?

The first video for The Wild Update introduces one of the new mobs: the Allay!

Hooray for the allay! A new friend? A clever collector? Or maybe a musical maestro? You get to decide as you craft your path in The Wild Update, coming soon!

And the second video showcases one of the new Biomes: Deep Dark!

Welcome to the Deep Dark! Enjoy the thrill of a perilous subterranean journey, marvel at the mysterious sculk, and get lost in the sprawling ancient cities – just please keep the noise to a minimum!

Do you dare voyage into the Deep Dark?

The Wild Update for Minecraft is releasing soon!