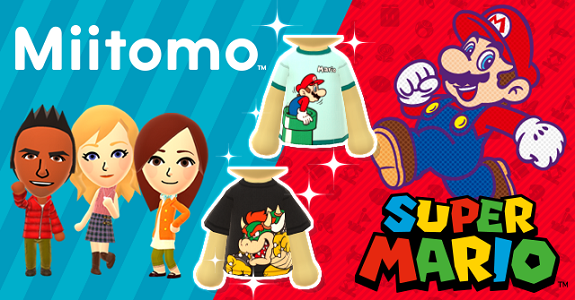 Update: the results are in!

Today, Nintendo announced the Summer T-Shirt Fest for Miitomo: a special event that will allow fans to get some free t-shirts for their Mii. Some of them will be added to My Nintendo, others will be available via Miitomo Drop, and there’s also a vote for players to chose the t-shirt design they want the most.

Let’s start with the vote. Fans can vote for one of the following designs:

You have to via the following tweets:

It's our Summer T-Shirt Fest poll! My Nintendo users get the winning item in #Miitomo! Pics: https://t.co/qivatx7hXE

It's our Summer T-shirt Fest poll! My Nintendo users get the winning #Miitomo in-app item! https://t.co/FG4R7t4aYh

One thing to keep in mind is that the t-shirts you get depends on the the results of the vote for each account:

At the same time, another t-shirt will be added for free on My Nintendo, and will be available until August 18th:

The following t-shirts will be added at the same time, but you will have to use your Platinum Coins for it:

Finally, the following t-shirts will be added to Miitomo Drop at the same time as the other t-shirts, and will also be available until August 18th:

Our My Nintendo page will be updated momentarily!

As a bonus, here’s a new promotional video for Miitomo in Japan: