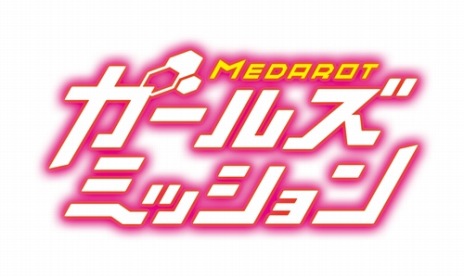 A few weeks ago, Rocket Company announced one more Medabots game for the Nintendo 3DS, called Medabots: Girls Mission. As the name implies, it puts the focus on the many female characters from the series, and it’s certainly not a choice that was made in order to attract a female audience… quite the opposite.

Unlike other entries in the series, Medabots: Girls Mission is rated Cero C (Japanese equivalent of a PEGI 16). There’s a good reason for that: the game features a clothes-breaking system. During battle, you can use a Medaforce attack if you manage to fill up the the special attack gauge. If you keep filling it up to 200%, you can then use a Medaforce Burst attack.

But that’s not all: you can also perform a “Hyper Finish” move if you deal the finishing blow with a Medaforce Burst attack, and successfully inputting the command that appears on the screen. What’s so special about that move? When it lands, it damages the clothes of the opponent: each girl and Medabot have their own animation for that.

Rocket Company also gave details about a feature called “Ogre Maxim”, which allows you to significantly increase the capabilities of your Medabot:

Of course, there’s some restrictions: you can only use it once per battle, and its efficiency/duration depends on the points for parts (the lower, the better). Using it at the right time will be key to winning many battles!