Also, details were shared about upcoming DLC for the game, starting with free updates. First, two new characters will be added for free on August 30th: Cyclops and Colossus. After that, alternate outfits for all the playable characters will be released regularly through Q1 2020. 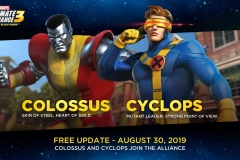 As for paid DLC, there will be 3 DLC Packs, featuring additional story content and playable characters from popular franchises like the Fantastic Four, X-Men, and Marvel Knights. As usual with Nintendo’s Expansion Passes, they will not be available for purchase separately.

The first set releases this Fall, and add Moon Knight, Blade, Punisher, and Morbius a playable characters. Details about the other two packs will be added at a later date. 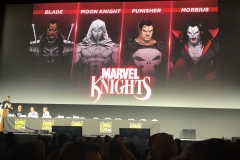 You can find more details about the DLC for the game on this page!

Next, here’s the launch trailer for Marvel Ultimate Alliance 3: The Black Order:

And finally, here’s the latest episode of Nintendo Minute, which is about this game this time around:

Hi, this week we’re joined by a few super friends to play MARVEL ULTIMATE ALLIANCE 3: The Black Order. This is such a great multiplayer game so we hope you give it a try with your friends when it launches on July 19. Tell us in the comment section who your favorite Marvel super hero or villain is. As always, thanks so much for watching and we’ll see you next week!