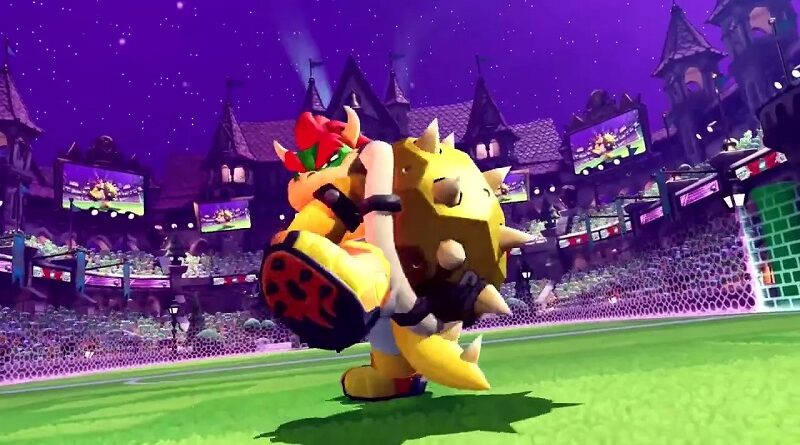 Releasing next month worldwide (on June 10th to be precise), Mario Strikers: Battle League definitely isn’t your typical football/soccer game. Like the other Mario sports games, this one feature a resolutely arcade-oriented gameplay, with lots of moves and other elements you would never find in the real life version of the sport.

One such element is the Hyper Strike, which is the Mario Strikes: Battle League equivalent of the Super and Mega Strikes from Super Mario Strikers and Mario Strikers Charged respectively. It’s an extremely powerful move (with a showy animation and visuals) that allows you to gain the upper hand during matches, and make it far easier for you to score.

That being said, it’s worth keeping in mind that those Hyper Strikes aren’t just for scoring, especially as the goal keeper (Boom Boom), can still block them (though s you can imagine, it’s far harder to do so than with a regular shot). Hyper Strikes can have various effects, like Luigi’s Spin Tornado, which will send flying any opponent on its path. And so, knowing when to use one is key to victory.

Naturally, each character has its own Hyper Strike:

Here’s some footage showcasing all those Hyper Strikes (from the recently launched official website):

And in case you missed it, here’s the footage from the official website in Japan: