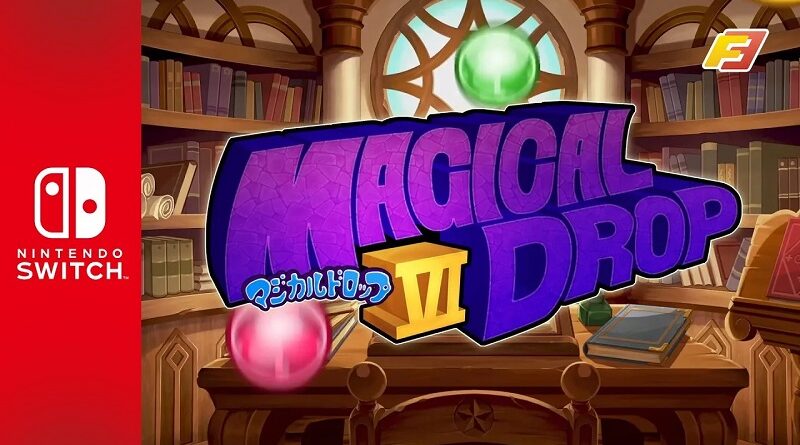 Magical Drop is a series of puzzle games originally developed by Data East, with the first game released on Arcade back in 1995. And this Winter, the series is making a comeback on Nintendo Switch with Magical Drop VI, the first brand new game since Magical Drop V in 2012.

Developed by Highball Games and Storm Trident, and published by Forever Entertainment, Magical Drop VI offers no less than 6 Solo Modes, local and online multiplayer modes, over 15 playable characters (each with their own story and music tracks), and moRE.

The legendary Japanese Arcade game is back! Choose your favorite character – will it be World, the Overseer of the Magical Land, the mighty Justice or the devious Black Pierrot? – and play in one of the numerous game modes available. Solve diabolical puzzles or beat strong opponents in an Arcade match. Follow an adventure in Story or Path of Destiny modes, full of twists and turns. Challenge your friends and the best players online!

Magical Drop VI (Switch – eShop) does not have a release date yet, but is slated for a Winter release in Europe and North America.