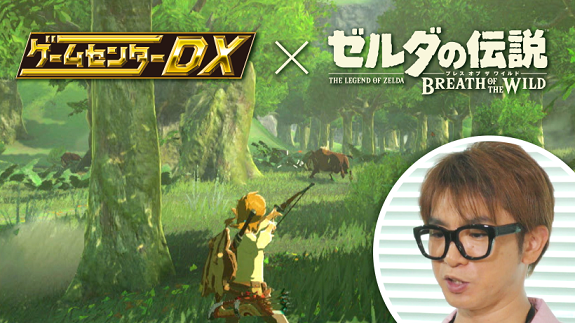 Last week, just before the reveal of the Nintendo Switch, Nintendo updated the official website of The Legend of Zelda: Breath of the Wild in Japan. No new details were added, but the company did upload several videos. To be more precise, we have one timelapse video (showing the day/night cycle of Hyrule), and some more gameplay footage.

For the latest episode of GameCenter DX, Masaru Hamaguchi check outs… you guessed it… The Legend of Zelda: Breath of the Wild! Unfortunately, there’s nothing really new to be found in the video, which seems to feature the same demo as the one showcased at E3 2016 (but entirely in Japanese, obviously). No, he’s not trying out the Nintendo Switch version!

Here’s the latest episode of GameCenter DX, featuring The Legend of Zelda: Breath of the Wild on Wii U:

The Legend of Zelda: Breath of the Wild (Wii U / Switch) comes out next year, worldwide.