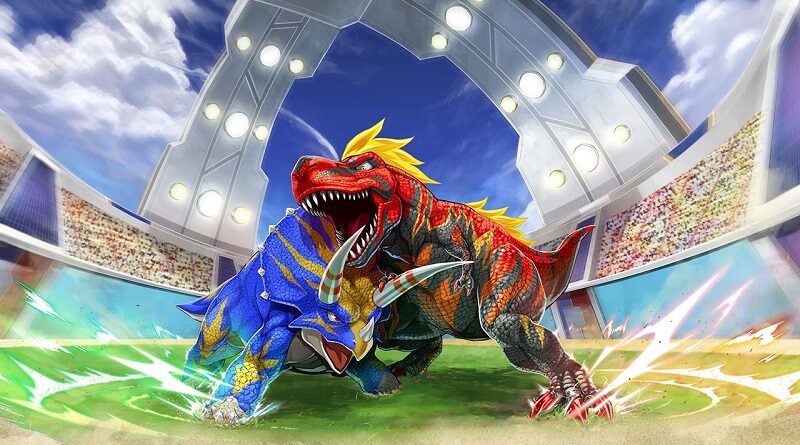 Last week, Nintendo of America launched the full version of the official website for Fossil Fighters Frontier, on the Nintendo 3DS. In this game, you get to play a new Warden, tasked with defending the world’s Fossil Parks.

During the adventure, several “Paleo Pals” will help you:

– Penny: a very perky and enthusiastic young girl;
– Roland: a young boy that might seem a bit timid at first…
– Dalia: a hyper-active young girl, who likes to live her life at 1 000 miles per hours;
– Leon: a young boy who prefers to work alone;
– Nate: Nibblesaurus (your Vivosaur partner in the game) just loves to give him a chomp… literally.

During the game, you’ll have to deal with the BR Brigage (lead by the Dr. Baron von Blackraven, a genius scientist), a mysterious organisation that seems bent on using vivosaurs for their evil schemes. You’ll also get to explore some sites filled with fossils, that you will have to unearth thanks to your trusty buggy (that can be upgraded and customised to meet you needs). Its various tools allows you to unearth the fossil, but also to revive them, so that the vivosaurs can then fight alonside you.

As for battles, the various vivosaurs are divided in 5 elements (which have their own strengths and weaknesses):

Besides the main adventure, Fossil Fighters Frontier can also be played with up to 6 players:

But if you prefer to play on your own, Fossil Fighters also has several solo game modes:

– Fossil Open Tourney: elite competitions that take place at the Stadium;
– Seven Scramble Tourneys: daily events, that change every day of the week. There, you can win some parts for your buggy that can’t be found anywhere else!
– Daily training: a place you can visit once a day, to train your vivosaurs;
– StreetPass: you can fight other players’ vivosaurs;
– Rogues: be careful during your exploration of dig sites, as some rogue vivosaurs are roaming. You can chose to fight them head-on if you want.

Here’s lots of screencaps from the official website (which can be found there):

Here’s some AR cards, that allow you to unlock some special vivosaurs and buggies:

Fossil Fighters Frontier (3DS) comes out on March 20th in North America, and later this year in Europe. The downloadable version requires 1406MB of free space on your SD Card.