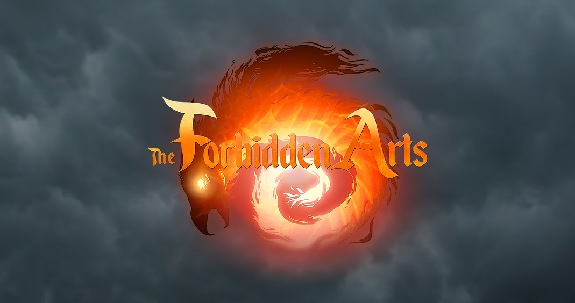 Very often, new indie games for the Nintendo Switch are announced pretty close to release, but there are also times when they’re announced a long time in advance. Unfortunately, The Forbidden Arts, an action adventure platformer developed by Stingbot Games, belongs to the second category, as it will not be released on Nintendo Switch before… Early 2019.

Here’s what The Forbidden Arts is all about:

When the hero of the game, Phoenix, seeks the counsel of a druid to make sense of his visions, he awakens the latent pyromancy within him. This begins an epic journey from Phoenix’s humble beginnings to leading a powerful party on a mission to save the world of Chora from the blight of a powerful necromancer.

In this game, you get to play as Phoenix, who will get to embark on quests, solve puzzles, discover long-forgotten secrets, and of course battle enemies. He can use the power of fire within, which allows him to both find new ways to take down enemies and bosses, but also understand his inner flame.

The Forbidden Arts is said to take place in a magical realm combining both western and easter culture, and features a bright and colourful art style complemented by an acoustic guitar soundtrack. As for the game itself, the developers explain that it’s “full of action, suspense, comedy and unexpected twists and turns”.

Here’s a trailer and some screenshots (obviously not from the Nintendo Switch version), as well as the list of key features:

The Forbidden Arts (Switch – eShop) will be released in Early 2019. It’s already been added to the Upcoming Games page!