It’s like a clockwork: a new month means a new Software update for Fire Emblem Heroes! The next update is Ver. 3.5.0, and it will be released in early May (most definitely next week). It’s not nearly as meaty as Ver. 3.4.0, but it does bring some neat new features and some welcome improvements!

Here’s a quick rundown of what the update has to offer:

Aether Raids is getting some new features and improvements, starting with Mock Battles. Those allow you to safely test your Raiding Party against a friend’s defense map, while getting some ideas for your own

The update will also bring two new Structures: Bright Shrine and Dark Shrine (available in offensive and defensive variants). At the start of a turn, they lower certain stats by up to -5, but only for the foe with the highest total of those stats, and through their next action. 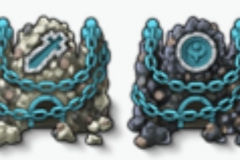 Aether Resort is also getting some love, and more precisely an icon that is displayed when you have not collected the R&R Affinity for a given day, or if you have not seen that week’s Special Event. New R&R Amenities are also being added: three of them for the Inn, to be precise. 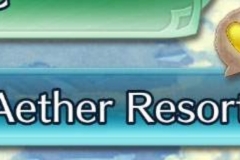 What would a Software update for Fire Emblem Heroes be without the usual set of new Weapons Skills and Weapons to Refine? Ver. 3.5.0 will add the following new character-specific weapon skills, learnable at 5 ★:

As usual, you will be able to upgrade those very weapons skills once you have acquired them.

Starting with Ver. 3.5.0, the following Heroes will be available via Heroic Grails:

You can find the complete list of Heroes available via Heroic Grails on this page!

The latest update for the game will add an option to toggle between two modes: 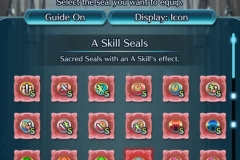 As for Allegiance Battles, rewards will be increased starting with the Season starting on May 28th:

Also, when tapping on certain items on the Inventory screen, the maximum number of that item that you can have at one time is now included in the description.