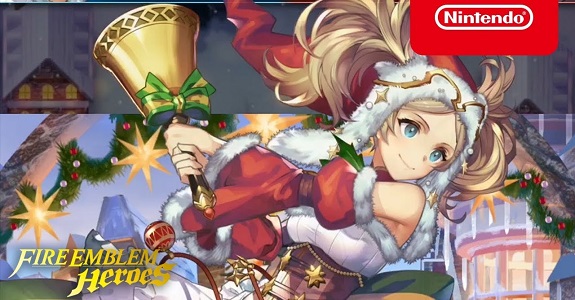 It’s almost been two weeks since the last Summoning Focus bringing new characters went live (Children of Fate), and surely, you’ve been dying to spend all those Orbs you’ve earned over the past few days in Fire Emblem Heroes (what do you mean, you’ve already spent them all?!). Well, you’re in luck: a new Summoning Focus will go live on Monday (December 18th).

It’s called “Winter’s Envoy”, and includes another set of Special Heroes. As expected, they are Christmas-themed Special Heroes, and they will be available until January 1st.

Here’s the various Special Heroes you will be able to Summon thanks to this Christmas-themed Summoning Focus:

Alongside that new Summoning Focus, a new Log-in Bonus will go live, but we don’t know anything about that just yet. More details will be added to the Events and Content Updates page as soon as we have them, most likely when everything goes live on Monday.

But that’s not all: the usual set of Paralogue Maps will also go live at the same time as the new Summoning Focus, called “Paralogue Story: Winter’s Envoy”. More details about the maps included in this one will be added to the Fire Emblem Heroes: Events and Content Updates page as soon as we have them (again, on Monday, when everything goes live).