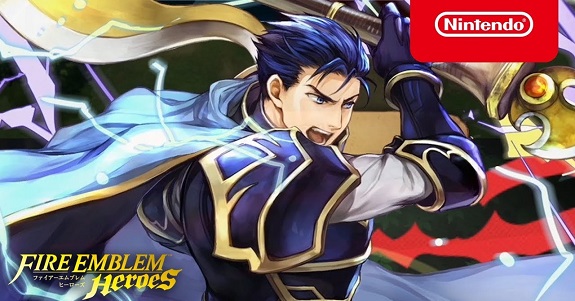 First mentioned in the latest Event Calendar, the latest Legendary Hero Summoning Event for Fire Emblem Heroes has been properly revealed today. This one goes live on June 28th (that’s tomorrow!), and will introduce a brand new Legendary Hero… Hector, the Marquess of Ostia! It will run until July 5th, which means you will only have one week to try and get him and/or the other Heroes features in this Summoning Event.

Here’s the various Heroes featured in this Summoning Event (as usual their appearance rate has been bumped to 8%, while no regular 5 ★ will show up):

Here’s the usual trailer introducing the Summoning Event and its Heroes (English and Japanese versions):

As usual, a Special Map featuring Hector, the Marquess of Ostia, will go live at the same time as the Summoning Event.

To keep up to date with all that’s happening in Fire Emblem Heroes, make sure to check out the Events and Content Updates and Characters pages!