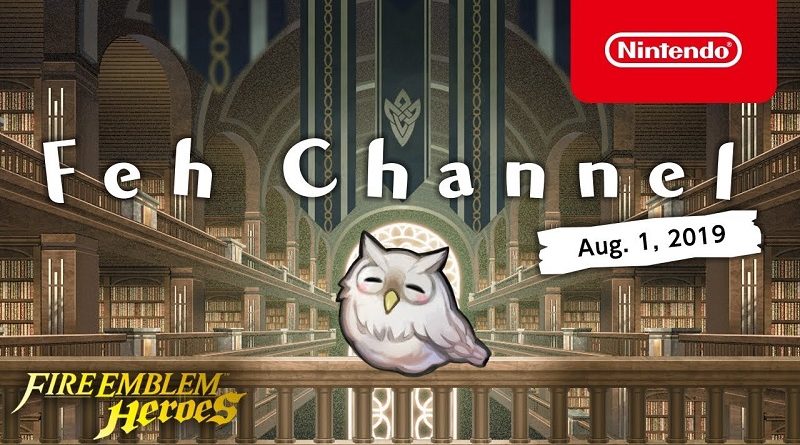 Today is the 2.5th Anniversary for the game, and there’s once again various events to celebrate this and the Summer season:

The Daily Rewards maps work like they did in the past: a new map goes live once a day for 10 days in a row. Those can be cleared on Normal or Hard, and allow you to get up to 20 Orbs in total when cleared.

Next, we have a Grand Hero Revival Event. Various Heroes will appear in Grand Hero Battles for 2 days each, and will be accompanied by a set of Quests (including one allowing you to get a 4 ★ Hero as reward. 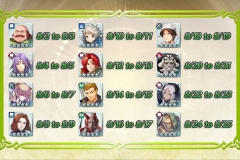 There’s also Daily Summoning Events, with the following coming back for one day each:

But that’s not all! There’s also a Hero Fest featuring the following Heroes as Focus Heroes (with a 5% appearance rate):

A new type of Event is on the way: Lost Lore, which goes live on August 13th. With it, you (or rather, your Heroes) can go on a journey to complete the Heroes’ Saga, which is a collection of tales from the Fire Emblem series. The first one is called World of Mystery, and is about Fire Emblem: Mystery of the Emblem.

More destinations are unlocked progressively, up until you end up at the Final Act, which has a battle. Here’s how it works:

If you deploy allies paired with Ally Support together, you get bonuses:

By the way, the bond between Heroes grow stronger every 4h.

Of course, you get various rewards thanks to this event, depending on the amount of lines of lore your Heroes recovered.

Finally, the presentation revealed the design of the 4 Heroes from the Choose your Legends: Round 3 event. They will appear in a Summoning Focus in mid-August:

As usual, there will be a Free Summon Event, allowing you to choose one of those Heroes for free.

And that’s it for the latest Feh Channel presentation! Make sure to check out the Events and Content Updates and Characters pages to keep up to date with all that’s happening in Fire Emblem Heroes!