When Etrian Mystery Dungeon launched in Japan, the game pretty much sold-out at launch. Atlus even had to apologise for the shortages, and apparently, things aren’t quite back to normal yet. Of course, the company didn’t forget those still waiting for a retail copy of the game, and announced this morning that the free DLC period would be extended.

On March 7th, Atlus released some free DLC for the game:

Originally, the free DLC period was supposed to end on March 31st, but due to the shortages, Atlus decided to keep it free until April 15th. 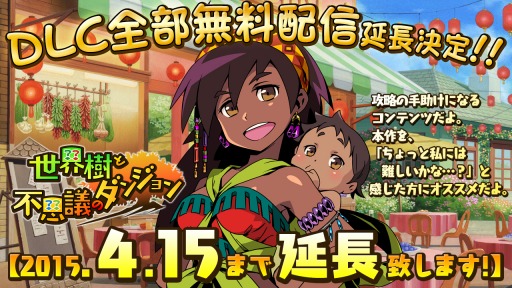 Of course, this extension is only for players with a Japanese copy of the game; in North America, the DLC will remain free only for a month (until May 5th).