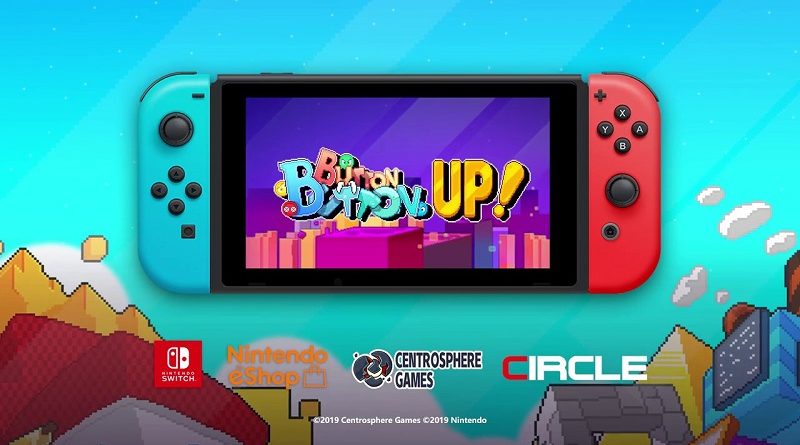 Sekai Games have announced that fault – milestone one will be released on October 3rd in Europe and North America. As mentioned previously, this version of the game offers remastered visuals and a new soundtrack (with a new OP song by Sakuzyo). 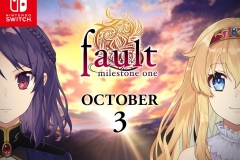 fault – milestone one (Switch – eShop) comes out on October 3rd in Europe and North America. The Upcoming Games page has been updated!

JanduSoft have launched the Kickstarter campaign for Indiecalypse, their latest game. The main goal of this campaign has been set to $15 000, and as of writing, $4 964 have already been pledged. The developers have several stretch goals in the work, in case the main goal is reached before the end of the campaign (which looks pretty likely at this point!).

Click here to check out the Kickstarter page for Indiecalypse!

Three stories, three outcasts, three nerds… and a single destiny: to make the best video game ever. This is the basic premise of Indiecalypse, JanduSoft’s upcoming release, sadly based on actual events. Indiecalypse depicts the crude reality of indie game developers and their struggles to get their shit together when it comes to releasing a video game.

Three misfits team up to design and produce their own indie game, finding themselves in a path of chaos, self-destruction and resentment. But there’s also space for crude humor, pop culture references, gratuitous and non-gratuitous violence… and fear. Fear of the dozens of lawsuits for copyright infringement, obscenity and profanity we’ll have to face if the game is finally published.

Indiecalypse (Switch – eShop) does not have a release date yet. The Upcoming Games page has been updated!

Button Button Up! is a platforming adventure game that combines single player, co-op and competitive battle modes. You’ll also realise that buttons have some unique and clever abilities to help you through each challenge! There are lots of useful skills to solve puzzles and clear hazards, like sewing buttons in the air to lock into a platform, kicking other buttons for vital momentum, and blocking dangerous lasers of the same color as yourself. Button Button Up! will test your reflexes and puzzles solving skills!

In the solo campaign you tackle four chapters, each introducing a new character and a unique challenge. Checkpoints make any failures easy to handle, and when you gather materials you’re able to purchase collectables and cool customisations for your characters. The co-op campaign includes unique levels specially designed for two players, but you can tackle them solo for an extra challenge. Play with one Joy-Con™ each so that you can play with a friend at any time, working together to get through tricky stages.

Finally, you can head into the VS mode for some fun battles with up to 4 local players. Stand your ground in Base battles or try to be the last standing in Survival as Buttons go head to head!

Button Button Up! (Switch – eShop) comes out on September 26th in Europe and North America. The Upcoming Games page has been updated!

Ultimate Games have announced yet another game for the Nintendo Switch: Deadliest Catch: The Game. It’s a crab fishing game based on the documentary series by the Discovery Channel. No release date yet, but the Kickstarter campaign for the game is live: click here to check it out! The developers need $11 317 to expand the scope of the game, and as of writing, $4 980 have already been pledged.

As the creators explain, as a result of cooperation with the Discovery Channel and Discovery Game Studios, this game will be a realistic 3D simulator with elements of management. The player takes on the role of a fishing vessel captain, prepared for one of the most dangerous challenges – catching king crabs on the Bering Sea. The gameplay is more than just the fishing; it includes a number of other activities (including precise preparation of the expedition and keeping the boat on course).

Works on the game are currently underway. The fundraising on the Kickstarter platform will allow the further expansion of the title. The primary goal of the campaign was set for 15 thousand Canadian dollars. Exceeding the next thresholds will enable preparation of additional elements that fans are asking for. As Moonlit studio indicates, this would include expanding the staff management system and a multiplayer mode.

The game is created on the license of the series produced by the Discovery Channel since 2005. The creators indicate that this game will offer accurate reproduction of the conditions known from the program and will stand out with its specificity, high realism and attention to the smallest detail. In Deadliest Catch: The Game players will find, among other things, dynamic weather conditions system and realistic water physics.

Deadliest Catch: The Game (Switch – eShop) does not have a release date yet. The Upcoming Games page has been updated!