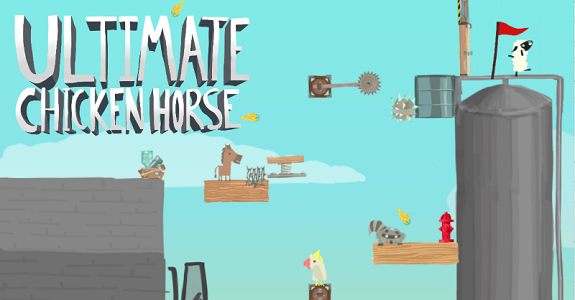 Here’s a trailer and plenty of details about it:

Using Unreal Engine 4, Silver Chains’ graphics bring to life the hauntingly beautiful interiors of an early 20th century English manor. The Victorian architecture plays its part in creating an eerie atmosphere which will keep you on the edge of your seat as you unravel the mysteries of this place. However, do not let the exploration and story aspects fool you into a false sense of security as the horrors of this house will hunt and find you as soon as you let your guard down. Throughout its course, Silver Chains will make sure to keep a steady stream of adrenalin pumping through your body!

Silver Chains is a first-person horror game with a strong emphasis on story and exploration. Search for clues within an old abandoned manor to unravel the truth about the terrible events which happened here.

After a mysterious accident, Peter wakes up inside an abandoned mansion, located in rural England. Not knowing how or why he ended up here, he soon begins to realize that he is not alone. As Peter tries to find his way out, he starts to uncover the dark secrets of what happened in this place. More disturbingly, he discovers hints indicating that he had been here before.

Solve puzzles to find out how you are connected to the mysteries of this place. But be careful: the evil haunting this place has already picked up your trail…

Silver Chains (Switch – eShop) comes out in Spring 2019. The Upcoming Games page has been updated!

The Swindle is a steampunk cybercrime caper about breaking into buildings, stealing oodles of cash, and hotfooting it from the police. Players must platform their way across beautifully drawn levels, utilising an array of lo-fi stealth mechanics in their pursuit of the perfect loot grab. Lovers of silent takedowns and hacking mini-games need look no further.

All the buildings players will be robbing in The Swindle are randomly-generated so they’ll never carry out the same heist twice. Each area is kitted out with patrolling robots, vigilant security cameras and keen-eyed guards, all intent on halting players in their search for cold, hard cash. In between missions, and from the safety of a rickety airship high above London, players can modify their thief with new skills, tools, and all manner of advanced technological horrors. Gargantuan rewards beckon!

The Swindle (Switch – eShop) comes out on October 11th in Europe and North America. The Upcoming Games page has been updated!

The developers at Clever Endeavour Games have shared more details about the crash bug occuring in Ultimate Chicken Horse, and more precisely the launch version. The issue occurs when playing in the following languages:

The good news is that since the crash always occurs at the end of a match (when returning to the Treehouse), you should not lose any progress if ti does happen. What’s more, there’s a simple workaround: simply change the language to anything other than one of the languages mentioned above. The issue will be fixed in an upcoming update, but it may be a few weeks before it’s available.

Here’s some screenshots for Zarvot:

Wandersong is out in 3 days!!! WE'RE SO CLOSE NOW