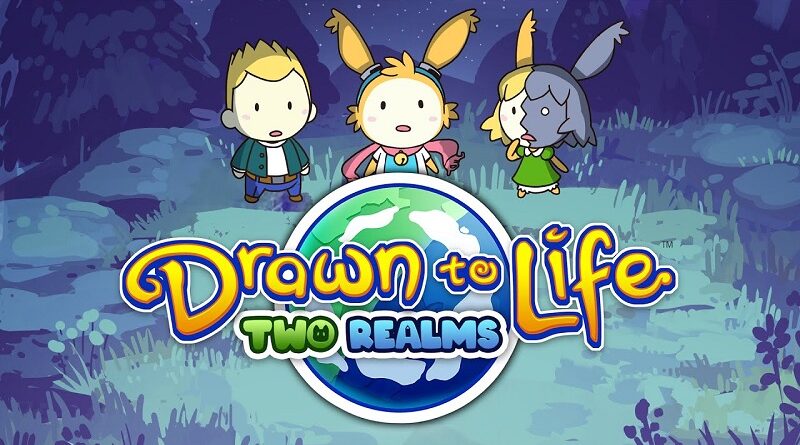 505 Games have announced their latest game for the Nintendo Switch: Drawn to Life: Two Realms, an action/adventure platformer developed by Digital Continue. It will be released on December 7th in Europe and North America, and will cost £8.99.

The game implements a new creative toy placement mechanic that lets players position tangible toys around levels in-game to help their hero traverse and complete platforming goals. A brand-new Creation Tool expands the creative possibility with millions of colors, unique stickers, templates, new hero animations, and a mix and match look to truly bring imagination to life! Unlock additional Stickers to further customize and save out your unique Hero looks via the new “Outfit System”.

Drawn to Life: Two Realms picks up several years after the end of Drawn to Life: The Next Chapter. Reconnect with Mari, Jowee and all your favourite characters as you travel between the Raposa and Human realms to uncover the mystery of the shadow. The action-adventure platformer includes dozens of unique toys, over 100 Imagination Battles and 70-plus Humans and Raposa to interact with. Players can toy around with millions of colors and dozens of unique stickers that unlock endless hours of customisation to accompany their journey to explore and save the world from the Shadow!

The latest instalment of the Drawn to Life series is brought to life by many of the original developers. Over 50 new music tracks from the original franchise composer are featured, a lush 2D world from the renowned original sprite artist, and continued story presented by the original Executive Producer of Drawn to Life, and Drawn to Life: The Next Chapter.

North Star Digital Studios have announced that Evolution Board Game will be released on December 10th in Europe and North America. It’s now available for digital pre-order, with the Arms Race Promo Pack add-on offered (includes 5 brand new trait cards for free). It will cost $19.99.

Here’s a trailer, some details,the list of key features for the game, and some screenshots:

Evolution, 2019’s Digital Board Game of the Year, has been rebuilt from the ground up with lightning quick Joy-Con™ support, making it the perfect platform for online play*, pass and play, and board gaming on the go.

Start from humble beginnings with an intuitive learn-while-playing tutorial and select traits to develop species to survive the harsh realities of the natural world. Are they at risk of being eaten by predators? Protect them with horns or a hard shell. Having trouble finding enough food in the watering hole? A long neck brings previously inaccessible food within reach.

Tinker with the nigh-infinite amount of genetic combinations while enjoying new artwork, animations, and a campaign mode complete with deadly bosses. Ascend the leaderboards and become the best digital board game biologist in the world, earning new avatars and other rewards. Cross-play with PC, Mac, iOS, and Android means there’s a whole world to play against. 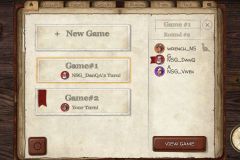 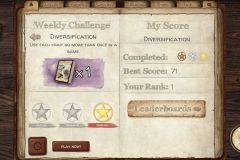 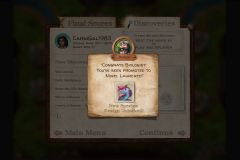 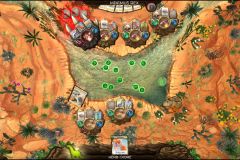 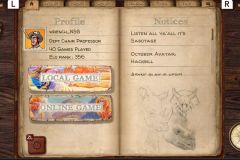 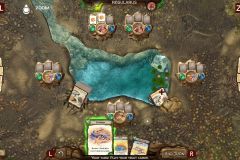 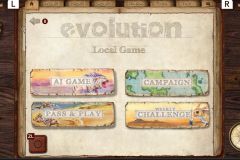 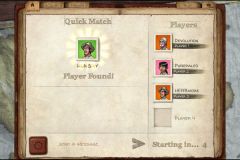 Evolution Board Game (Switch – eShop) comes out on December 10th in Europe and North America.

RedDeerGames have announced that Art Sqool will be released on November 19th in Europe and North America. It’s now available for digital pre-order with a 30% off discount.

It’s a fun, weird game that stimulates creativity. As a new student, Froshmin, you’re hanging around the campus and drawing absolutely brilliant works that are judged by a perfectly objective and flawless AI professor.

Have you ever had the syndrome of the terrifying white abyss of a blank page? Just grab the console and the world’s smartest teacher will give you a lot of prompts that will help you to overcome your creative block. Unusual surroundings, brushes, and color palette not from this world will awaken the power of creativity in every blob.

What if I can’t draw? You don’t have to! Art Sqool has been made in such a way that even Leonardo da Vinci would have scribbled in it. So get rid of the baggage of the cruel perfectionist and let the creation be pure fun.

Go around the whole campus. Look into all corners and collect all colors and tools. Do you prefer to draw with a wiggle brush or rainbow pencil? Or maybe with a mop? One thing is for sure—you will love how Art Sqool uses the touch screen, whether you paint on it with your finger or stylus.

Have a good time with your creativity. Relax and draw all the things you have never know you wanted to draw. On November 19th Froshmin will be waiting for you in Art Sqool.

SneakyBox have announced a game for the Nintendo Switch: Life of Boris: Super Slav, an adventure game inspired by Boris the Slav (a YouTube personality). It will be released on November 12th in Europe and North America.

In the official game of Life of Boris, players will jump into the hilarious world of YouTube personality Boris the Slav King! In Super Slav, they will learn about the life of the Slav phenomenon Boris and his adventures. They will meet his unique relatives such as cousin Anatoli and babushka, or his neighbour Vadim, and find out what it means to be Cheeki Breeki! 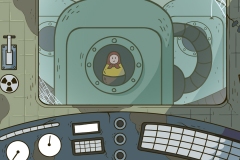 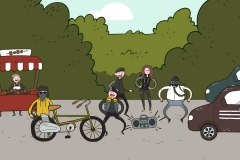 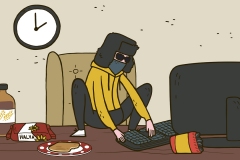 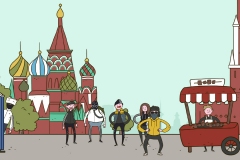 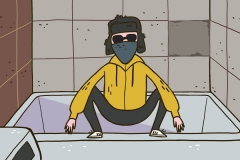 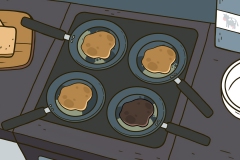