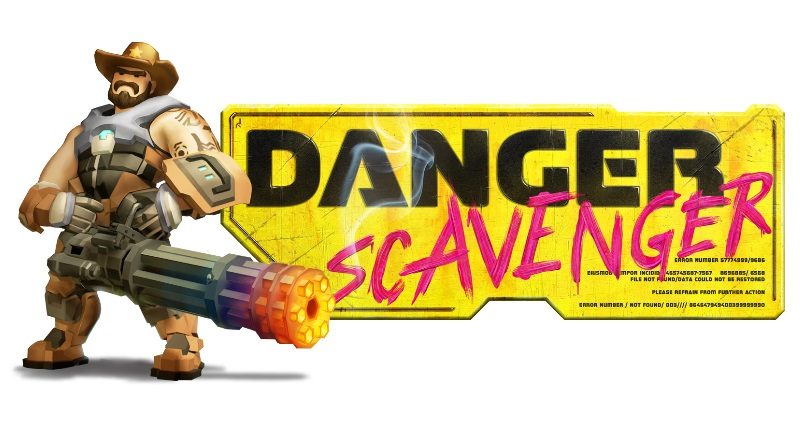 Star Drifter have shared another trailer for Danger Scavenger, along with some more details, an updated list of key features, and even more screenshots:

You’ll crawl higher than ever before in this intense cyberpunk-themed roguelike skyline crawler. Danger Scavenger will take you to the roofs of the breathtaking cyberpunk city where you will face mighty enemies controlled by a soulless AI. Forget about crawling through the dungeons, caves, and darkest pits of hell in search of adventures and treasures. The world has changed, and new times are coming. You’ll be going up and out of the underground to seek new horizons and possibilities.

Danger Scavenger is an intense cyberpunk-themed roguelike where evil corporations immersed in a dystopian setting bring doom upon the world. The Scavengers – a group of outcasts once rejected by fate, now glorified and admired – decide to overcome the status quo. Become one of them and set out on a risky adventure where you get to choose your destiny. Choose your path wisely though, as big rewards come at a price and often mean even bigger risks. 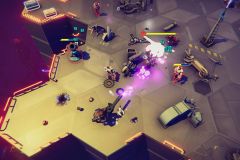 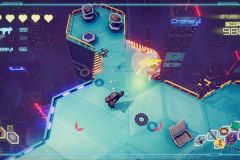 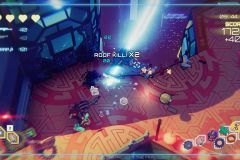 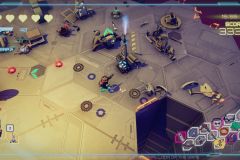 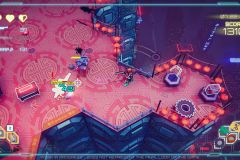 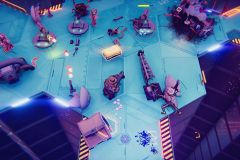 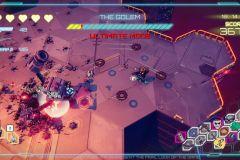 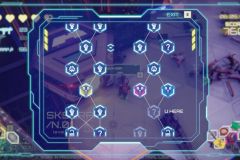 Crunching Koalas have announced their latest game for the Nintendo Switch: Bonkies, a “physics-based couch co-op space construction builder” (featuring monkeys with jetpacks, no less!) developed by Studio Gauntlet. It will be released this Summer in Europe and North America.

In Bonkies, you take control of highly trained monkeys equipped with powerful bionic arms and jetpacks. The game will take players on a journey through wacky construction sites located on various planets of our solar system, where they will have to cooperate to stack blocks to fit the outline in time (similar to another great co-op game, Snipperclips). To do so, the players will utilize special blocks and work in alien (and sometimes quite hostile) environments. The physics-based challenges can be tackled in single-player mode or teams of 2, 3 or 4 players.

Bonkies features both single and multiplayer campaigns with tons of hand-crafted levels that require quick wits, agility, coordination and planning to solve in time. Players can choose characters from a varied cast of loveable monkeys (and some other creatures). The game offers a challenging experience, but is first and foremost a light-hearted and joyful take on construction builders and couch co-op games. 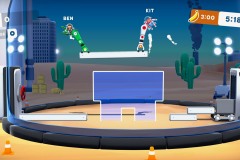 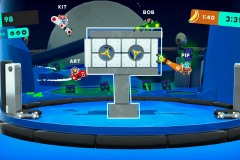 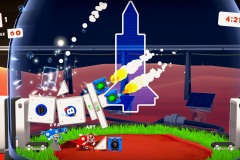 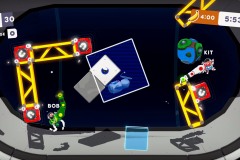 Bonkies (Switch – eShop) comes out this Summer in Europe and North America. The Upcoming Games page has been updated!

Modus Games have announced their latest game for the Nintendo Switch: Skully, an action/adventure platformer developed by Finish Line Games. It will be released on August 4th in Europe and North America.

The action-adventure platformer that sees Skully on a quest to stop a simmering war between feuding siblings. Summoned by a local deity desperate for peace among his kin, Skully can sculpt new abilities from pools of magical clay found throughout the lush island he has washed up on. Gameplay in Skully’s debut trailer shows just a few ways the headstrong hero’s clay-boosted forms can open up new areas of the unpredictable landscape.

Skully (Switch – eShop) comes out on August 4th in Europe and North America. The Upcoming Games page has been updated!