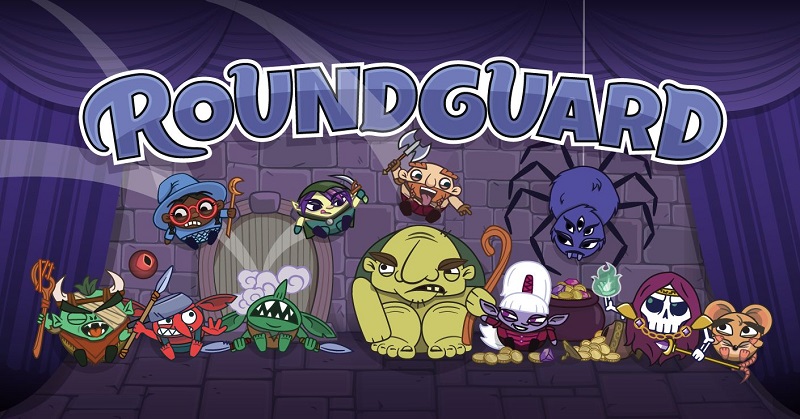 The Quantuml Astrophysicists Guild have announced their latest game for the Nintendo Switch: Roundguard, developed by Wonderbelly Games. It will be released on March 13th in Europe and North America.

Enjoy all the delights of ‘Peggle’ and the skill caps of a challenging roguelike.  Bounce, smash, and rebound your way through this quirky mystery dungeon in the hunt for gold, gear, and glory!

‘Roundguard’ is designed to fill the gaming hole in your heart, whatever (round) shape it may be.  Do you love seeing your name on leaderboards? Show us what you’re made of!  Are you a busy person who needs a break?  You can easily pop into ‘Roundguard’ for a few shots, or you can spend a whole afternoon diving into the dungeon.  Do you love collecting and combining loot to create crazy combos?  Let the search begin for over 150 unique items, with oodles of random bonus properties and rare drops!

With charming graphics, a quirky cast of oddballs, and varied gameplay that suits the needs of both competitive and casual players alike, ‘Roundguard’ is sure to bounce its way into the hearts of players everywhere. 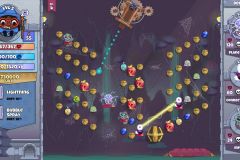 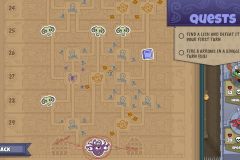 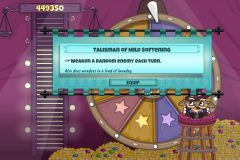 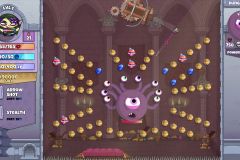 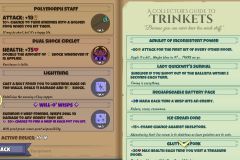 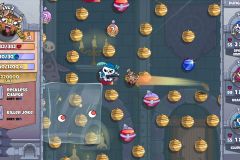 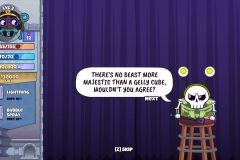 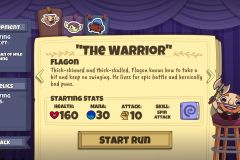 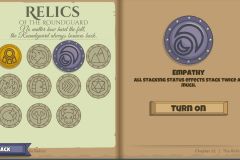 Roundguard (Switch – eShop) comes out on March 13th in Europe and North America. The Upcoming Games page has been updated!

Baltoro Games have announced their latest game for the Nintendo Switch: Trancelation. It will be released on March 13th in Europe and North America.

Test your skill and expand your vocabulary in an arcade world of neons, fractals, and electronic trance music! Enter Trancelation! A flashy abstract action game that will expand player’s language skills and vocabulary while they navigate colorful, ever-changing worlds to the sound of rousing electronic beats. The game is a combination of a classic arcade feel and gamified learning techniques – designed to make mastering new words feel like going out clubbing and staying in to play video games at the same time. All the learning here, happens just casually.

What comes first, is the fast-paced action and a trippy audiovisual experience. Meantime, the game challenges the player to associate and memorize new words from the language of their choosing. Or if they don’t feel like learning at all for the time, a special Arcade Mode can be launched instead. Just for fun and satisfaction of scoring wicked combos as the neon lights and electronic trance music incite the senses.

Trancelation (Switch – eShop) comes out on March 16th in Europe and North America. The Upcoming Games page has been updated!

Art Games Studio have announced their latest game for the Nintendo Switch: Climbros, an Arcade game developed by Toucan Studio.

Solo or in a team – Climbros, an arcade game with a neo retro feeling, will take players on a journey full of excitement, around unusual climbing walls and locations. Game developed by Toucan Studio will take players on a one of a kind journey to the most challenging and most extraordinary peaks. Skyscrapers, treetops in the middle of a wild jungle or maybe classic mountain scenery? These are only a few of the locations that await the fearless pixel mountain climbers. Climbros have no limits when it comes to picking their next goal and they keep proving that reaching any top can be an amazing adventure. This 2D arcade game will allow you to play in two different modes – single or multiplayer and both will bring plenty of fun.

During climbing, players will encounter many surprises – unusual locations or fights with bosses on the way to the top. Developers prepared many unique gameplay elements to diversify the experience. During playthrough, players will have to find their own way to reach the top effectively, using mechanics such as swinging or jumping.

In the co-op mode (up to 4 players) the game takes a different angle – players have to depend on each other. One mistake and the entire team loses their chance to get to the top. Trust and cooperation are the key to success and the role of each character is equally significant – the desired goal can be reached only through joint effort. Both when learning how to climb together and when reaching the peak, the experience will be thrilling.

Climbros (Switch – eShop) does not have a release date yet. The Upcoming Games page has been updated!

The latest Kickstarter update for Hex Heroes is now live, and this one is all about bonus levels known as the Nightlands: click here to check it out!