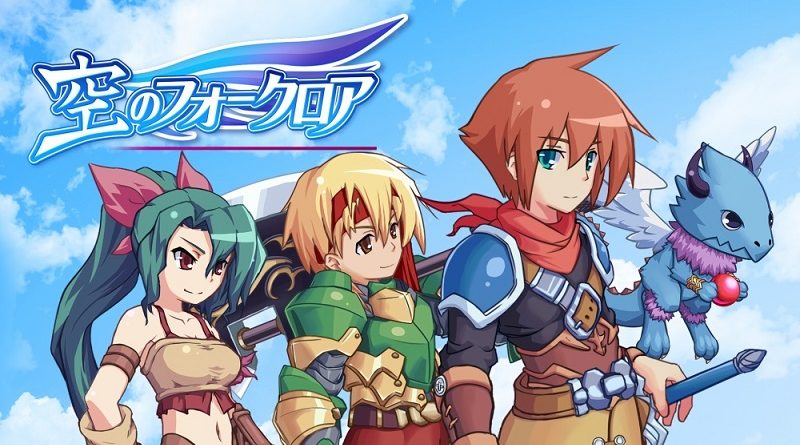 Yesterday, Vblank Entertainment has announced that Shakedown Hawaii has now entered its final beta, which will be used exclusively to get feedback (missions, difficulty spikes, etc.). Unfortunately, that means it’s definitely going to miss its Q1 release window, though at the very least, it doesn’t look like this final delay will push back the release date that much further.

Click here to learn more about the beta, as well as the various changes that were recently made to the game!

Here’s the latest trailer and screenshots: 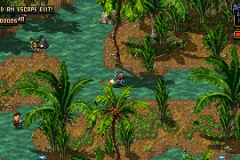 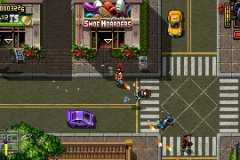 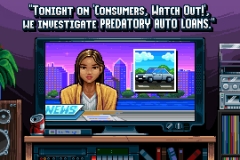 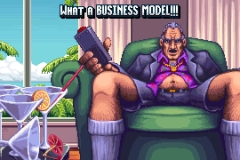 Shakedown Hawaii (Switch, 3DS – eShop) comes out later this year in Europe and North America. The Upcoming Games page has been updated!

Taking its cues from classic RTS games, Warparty shakes things up by loading the battle maps with fierce dinosaurs alongside mythical creatures in need of some tough discipline. Play as one of three factions – the Wildlanders, Necromas, or Vithara – each with their own units, buildings, playstyles and unique talents for total battlefield supremacy. The finely tuned game modes in Warparty include Survival, AI Skirmish and Custom Online Multiplayer, offering unforgettable RTS paleo-parties for up to six friends.

Available on March 28th, the fresh new Story Campaign will come loaded with tempting single-player treats. The mode’s unique maps, factions, and missions, are set against a backdrop of cinematic cutscenes that tell a gripping primordial tale of ancient alliances and bloodshed.

Ranked matches are played on the dedicated Warparty servers to guarantee a fair fight, and online leaderboards let everyone share in the trouncings and triumphs. So pull your loincloth tight, sharpen your axe, and mount your trusty dino-steed for the fight of your life. 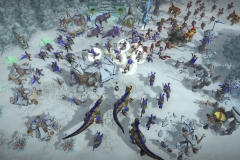 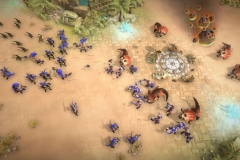 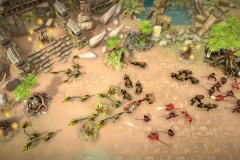 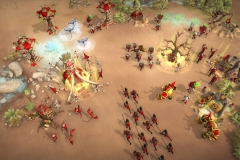 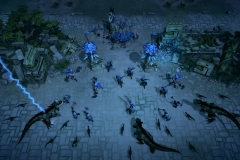 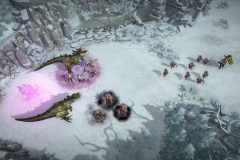 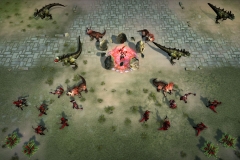 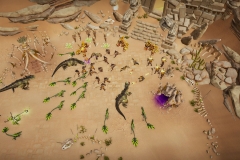 Warparty (Switch – eShop) comes out on March 28th in Europe and North America. The Upcoming Games page has been updated!

Bonds of the Skies

Kemco have announced another game for the Nintendo Switch: Bonds of the Skies. It will be released on March 14th worldwide, and will be available for pre-purchase from March 7th in Europe and North America (pre-orders already live in Japan). It costs $12.99 / 12.99€ / 1 296 Yen, but with a 10% off discount as pre-purchase offer. The game requires 414MB of free space, and does offer an English language option in Japan.

Here’s some screenshots and details:

Times are changing, and the existence of the Grimoas has become less relevant in everyday life. The young Eil is in the middle of his Coming-of-Age ceremony when suddenly his town is attacked by a demon and engulfed in flames. In the midst of this confusion, Eil enters into a pact with the Air Grimoa, Nogard, in order to save everyone. Eil and Nogard set off to look for the demon who cast the town into a sea of flames, and to find other Grimoas in order to put a stop to its violence!

Through your adventure, you will come across different Grimoas. By partnering with Grimoas, Eil and his friends can use hidden powers. Strengthen the bonds with them to be victorious in battles!

You can set up to five mastered skills, so long as the total costs of the skills do not exceed the characters’ cost limit. In addition, when the Synchro Gauge with the Grimoas reaches 100%, you can use special skills, more powerful than normal!

– Turn-based battles with a pixelated dot animation
– A vast variety of skills to master
– Collect all the Grimoas and unleash the Synchro Skills!
– A wide range of achievements, including quests to complete and items to collect 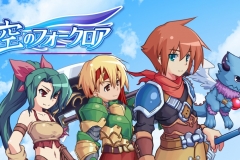 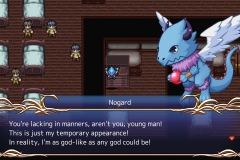 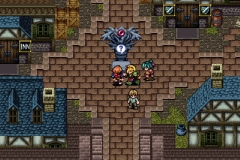 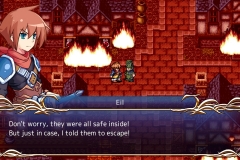 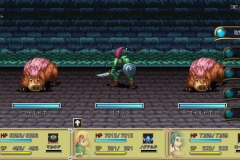 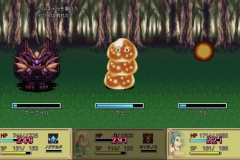 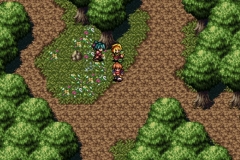 Bonds of the Skies (Switch – eShop) comes out on March 14th worldwide. The Upcoming Games page has been updated!

Heads up for players interested in Summer in Mara: the Kickstarter is now in the final stretch! There’s now less than 30 hours left, and as of writing, 200 000€ have been pledged, which is 10 times higher than the initial goal (20 000€)!

There’s one last stretch goal at 230 000€… will it be reached before the end of the Kickstarter campaign?

Click here to check out the Kickstarter page for Summer in Mara!