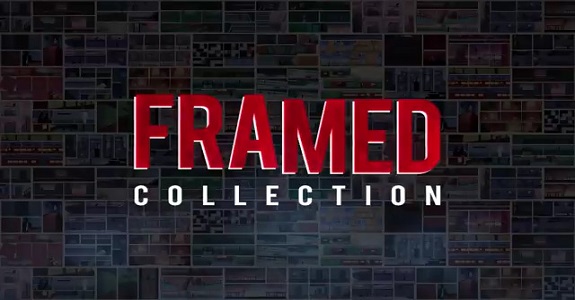 Earlier today, Loveshack announced that both FRAMED and FRAMED 2 were headed to the Nintendo Switch, as part of the FRAMED Collection.

For those who have never heard of them before: those are two noir puzzle games, featuring “unique game mechanics” and “clever narrative puzzles in a noir tale of stylish heists, fast getaways and nail-biting escapades”, but also “stylish hand crafted art and animation, and an original live jazz soundtrack”.

How “unique” and “clever”, you ask? Well, the games have you rearrange the panels of an animated comic book, in order to alter the order of events and change their outcomes (from disaster to success, for example).

Here’s the debut trailer for the FRAMED Collection on Nintendo Switch, that clearly shows how the panel rearranging system works:

FRAMED Collection (Switch – eShop) comes out this Spring in Europe and North America. The Upcoming Games page has been updated!

Earlier today, Naps Team announced that Gekido Kintaro’s Revenge (a remake of a beat ’em up originally released on GameBoy Advance) would be released on March 22nd. It will be available for pre-purchase on the Nintendo eShop from March 8th!

Today, Team17 sent a press release to announce that MakinGames’ beat ’em up, Raging Justice, would be released in Q2 2018. They also revealed a brand new trailer:

We all know that justice is a dish best served with a baseball bat, and on the streets of Big Smoke City the dinner bell’s ringing. Even top cops Nikki Rage and Rick Justice will need a helping hand when fighting to restore order. Luckily for them (and you) there is a whole host of weapons at your disposal!

Smash your way through a bar fight with a stool, tool up and fix the streets with a wrench or ruffle your foe’s feathers with a deadly pigeon. Weapons can be used as projectiles but beware of friendly fire, your partner isn’t likely to appreciate a hammer to the face. Remember, all weapons can be used against you as enemies can also take up arms and enter the fray.

Raging Justice (Switch – eShop) comes out in Q2 2018 in Europe and North America. The Upcoming Games page has been updated!

Here’s the latest piece of concept-art for Yoku’s Island Express:

Here’s an early screenshot for The Swamp of Green Mist, one of the areas in The Forbidden Arts:

Fear Effect Sedna is out tomorrow! Which character are you looking forward to playing as the most? pic.twitter.com/EW3uXpilUf

Today, Nintendo of Korea announced that the Nintendo eShop would be launched on April 3rd in both Hong Kong and South Korea. Unfortunately, it’s a massively watered down version of the service that will be launched: the only thing users will be able to do is redeem download codes (and re-download content they’ve acquired via said download codes).

In other words, there will not be hundred of games to download like in Europe, North America, or Japan. It’s not clear when full support is coming to Hong Kong and South Korea, but at the very least, users in those regions can still make an account for another one to get access to the “real” Nintendo eShop.

Source: Nintendo of Korea
Thanks sinonobu for the heads up!