Dengen Entertainment have announced that they are bringing Renaine to the Nintendo Switch. Here’s some screenshots: 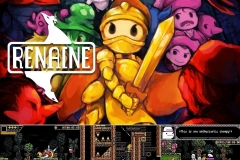 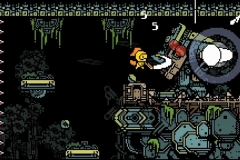 Renaine (Switch – eShop) comes out later this year worldwide. The Upcoming Games page has been updated!

Astalon: Tear of the Earth

Dangen Entertainment have announced that they are bringing Astalon: Tear of the Earth to the Nintendo Switch. Here’s some screenshots: 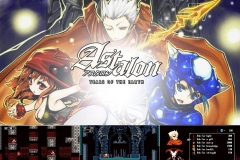 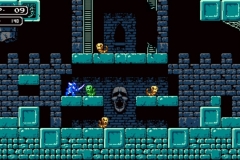 Astalon: Tear of the Earth (Switch – eShop) does not have a release date yet. The Upcoming Games page has been updated!

Perfect World Entertainment have announced that Hob: The Definitive Edition is headed to the Nintendo Switch on April 4th in Europe and North America, courtesy of Panic Button. This version of the game offers improved controls and game features. It’s already available for pre-purchase on the Nintendo eShop in both regions, with a 10% off discount available until April 17th (regular price: 19.99€ / $19.99).

Here’s the reveal trailer and some details:

Hob: The Definitive Edition is an artfully crafted single-player adventure which sends gamers on a mysterious, breathtaking journey through the ruins of a lost civilization, where they will encounter strange creatures and unlock satisfying puzzles hidden throughout the world. The team at Panic Button has developed a version of the game for Nintendo Switch that provides adventurers with brand new ways to unravel the mysteries of Hob. This includes added camera controls, improvements to the game’s UI, a variety of quality-of-life improvements and new features only possible on the Nintendo Switch system, including HD rumble and touch screen functionality.

Hob: The Definitive Edition (Switch – eShop) comes out on April 4th in Europe and North America. The Upcoming Games page has been updated!

Perfect World Entertainment have announced that Torchlight II (the popular ARPG Dungeon Crawler) is also coming to the Nintendo Switch, once again courtesy of Panic Button. No details about the game yet: all we know is that it will launch this Fall.

Torchlight II (Switch – eShop) comes out this Fall in Europe and North America. The Upcoming Games page has been updated!

Dangen Entertainment have announced that they are bringing Super Slime Arena to the Nintendo Switch. Here’s some details, a trailer, and some screenshots:

Super Slime Arena is a multiplayer party fighting game embracing equal parts accessibility and chaos. Every slime has a unique attack and every attack is a one-hit-KO. Every time your slime gets KO’d, you respawn as a different character. True mastery demands understanding of 32 slimes with unique qualities, and learning how their abilities interact in over a thousand possible match-ups!

Play on 12 unique stages in 5 different game modes. Dive in to the chaotic action of Shuffle mode, or carefully consider each matchup while picking and counter-picking slimes for Elimination mode. Explore the wilds of the Rainbow Jungle, ricochet off walls in Lucky Neko Pinball, or fight between high-speed trains at Slime Station.

Inspired by a plethora of 90’s Japanese console games and modern party game classics, Super Slime Arena seeks to capture the unique joy of playing together in a friendly and approachable fighting game for everyone! 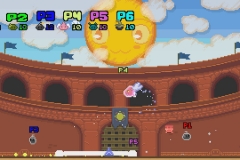 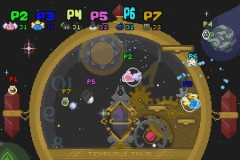 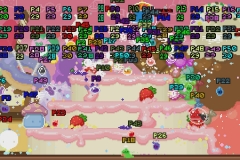 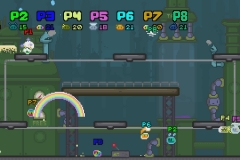 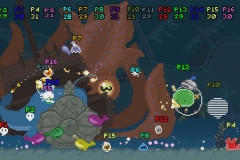 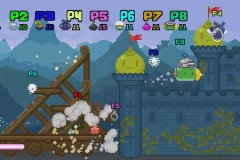 Super Slime Arena (Switch – eShop) does not have a release date yet. The Upcoming Games page has been updated!

Here’s some screenshots for Minoria: 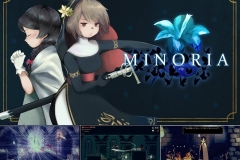 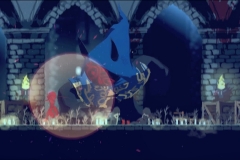 Minoria (Switch – eShop) does not have a release date yet.

Here’s some screenshots for The Takeover: 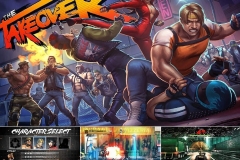 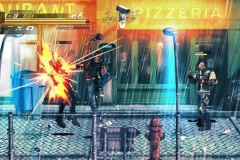