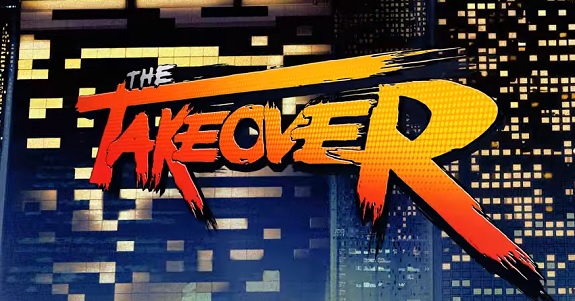 Earlier this week, Sobaka Studio and Buka Entertainment announced 9 Monkeys of Shaolin, an old-school beat ’em up for the Nintendo Switch (running on Unreal Engine 4).

9 Monkeys of Shaolin marks a true rebirth of the iconic brawler genre in vein of old-school video games. If, as a kid you had hours of fun playing SNES or SEGA beat ’em up videogames crushing foes left and right then this new title from the creators of hardcore brawler Redeemer is definitely for you!

As a mere Chinese fisherman Wei Cheng you have to avenge the death of your friends and family slaughtered in a pirate raid at your peaceful village. Game protagonist is quite a tough nut to crack as he knows the basics of ancient martial arts only mastered by legendary Shaolin monks. Get your trusty battle staff ready for a challenging adventure in Medieval China and for merciless fights with hordes of various enemies.

Action-packed battles, user friendly controls and incredible atmosphere of great kung-fu movies of 70s – all this makes 9 Monkeys of Shaolin a perfect choice for every true fan of really hardcore brawlers.

9 Monkeys of Shaolin (Switch) comes out this Fall in Europe and North America. The Upcoming Games page has been updated!

Earlier this week, Mark Essen announced that Nidhogg 2 was headed to the Nintendo Switch, this year!

Earlier this week, Rainy Frog announced Animated Jigsaws: Beautiful Japanese Scenery for the Nintendo Switch. It will be released on April 5th, and will cost $9.99 / 8.99€ / £7.99. Here’s all you need to know about it:

Piece together animated jigsaw puzzles of Japan’s most beautiful scenery and watch them gradually come to life before your eyes!

“Animated Jigsaws – Beautiful Japanese Scenery” contains moving images from spring, summer, autumn and winter capturing the natural beauty of Japan from all four seasons. Piece together scenes from some of Japanese most famous places including Mt. Fuji, Kyoto, Tokyo and the Snow Monkeys enjoying a bath in a natural hot spring! The hectic scramble crossing at the metropolitan Shibuya district in Tokyo is also included. An easy-to-use interface such as separating edge and inner pieces makes solving puzzles fun and relaxing.

Earlier this week, Bscotch announced that Crashland will be released on Nintendo Switch this year. More details coming soon!

Crashland (Switch – eShop) comes out later this year. The Upcoming Games page has been updated!

Earlier this week, Muro Studios announced Shadowbug for the Nintendo Switch. It will be released on March 30th, and will cost 8.99€ / $8.99. Here’s all you need to know about it:

You are the overpowered ninja hero Shadow Bug!
Save your home forest from the evil factory by slicing monsters to pieces.
Adventure through beautiful and twisted landscapes full of action and adventure as the ultimate ninja.

Shadowbug (Switch – eShop) comes out on March 30th in Europe and North America. The Upcoming Games page has been updated!

Save Me Mr Tako

The latest blog post for Save Me Mr Tako is now available, and it’s all about the characters! Click here to check it out for yourself!

Save Me Mr Tako (Switch – eShop) does not have a release date yet.

The Upcoming Games page has been updated with both games!

Four Horses has announced that the upcoming Ver. 1.2 update for the game would add two languages:

Here’s the latest video clip for The Takeover:

Sometimes you need to call in the big guns…#screenshotsaturday #brawlers #beatemups #indiegames pic.twitter.com/EPWnlynkOV

Hyper Sentinel (Switch) does not have a release date yet.