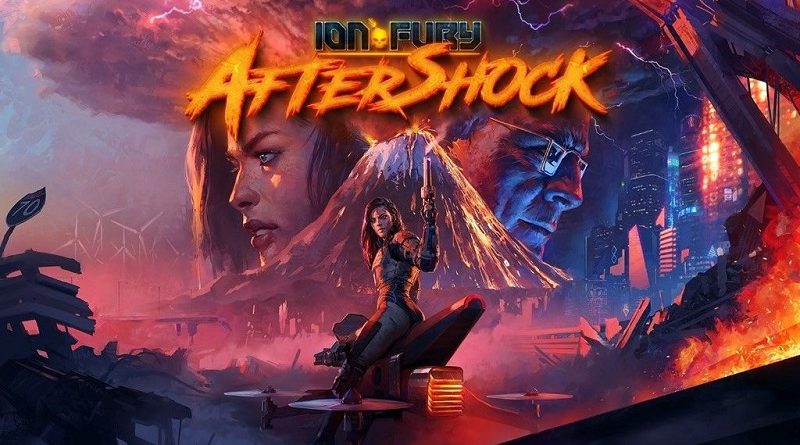 Chainsawesome Games have announced a game for the Nintendo Switch: Knight Squad 2, an arcade party game. It will be released on April 14th in Europe and North America, and will be playable in the following languages: English, French, Italian, German, Spanish, Portuguese, Russian, Chinese, and Japanese.

A training ground to prepare for the full release, Knight Squad 2 Trials provides squires a place to hone their chivalric skills in Battle Royale mode. Clash with other competitors wielding authentic medieval armaments, including laser guns, boomerangs, and proximity mines until only one warrior remains standing. Trials willalso allow participants to join lobbies made by players in the full game and get a taste of all the action on offer in Knight Squad 2.

The full Knight Squad 2 experience sports more than 13 competitive multiplayer modes for up to eight players. Fight in a free-for-all foray to gain control of a massive weapon and unleash its devastating power in Juggernaut mode. Team up in Painter, a graffiti turf war where the aim is to color coat more of the arena than opponents before the clock runs out. Then, for a classic bit of fun, unwind with a leisurely match of Soccer while dodging bazooka rockets, oncoming arrow fire, and whatever else the other side can muster while chasing down the ball.

Knight Squad 2 builds on the beloved framework of its predecessor to deliver an absorbing and varied multiplayer experience that puts compelling spins on familiar pastimes and introduces an element of chaos with wild variables like slippery floors and exploding bodies. Easy to pick up and enjoy with friends and family of all ages and skill levels, Knight Squad 2 aims to bring people together in the way that only a mountain of vicious combat-filled minigames can. 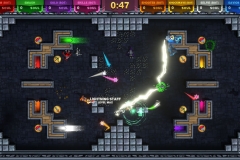 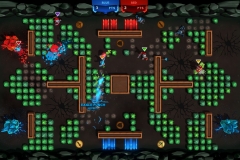 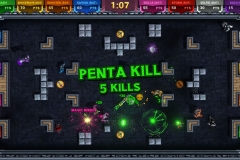 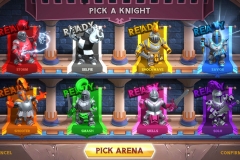 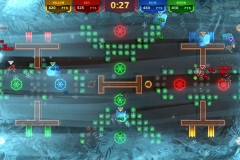 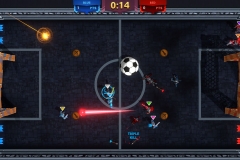 1C Entertainment have announced that Ion Fury is to get an expansion this Summer. It’s called Aftershock.

Here’s a trailer, some details, and some screenshots for it:

After defeating Heskel in her previous adventure, Shelly Harrison decides to celebrate at a local bar. When explosions interrupt her tasty beverage, she rushes out to find Heskel in a monstrous flying machine, cackling madly as he rockets away toward a mushroom cloud on the horizon.

Instinctively, she reaches for her Loverboy revolver, cocks it, and searches for the fastest transportation she can find – a sleek and powerful high-speed Hover Bike, armed with Drunken Homing Plasma Missiles. Shelly’s fight against Heskel continues with multiple brand-new zones to explore, new dangerous enemies, new armaments to destroy them with, and some amazing high-speed vehicle combat.

Rendered in the very same Build Engine that powered beloved titles like Duke Nukem 3D and Shadow Warrior, Ion Fury takes the classic shooter framework and injects a bit of modern mayhem with features like headshots. Voidpoint didn’t just make a game inspired by ‘90s shooters: they practically time-travelled and created their own ‘90s shooter.” 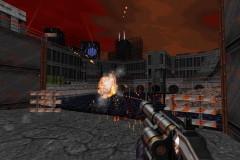 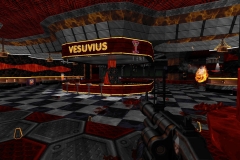 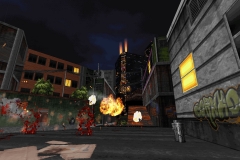 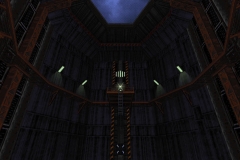 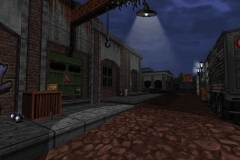 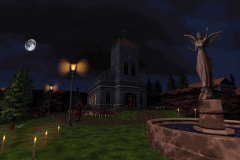 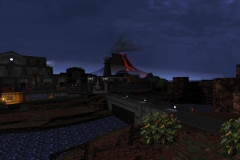 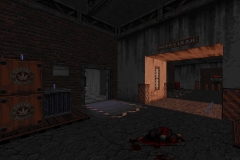 Bumble3ee Interactive have announced that World-Splitter will be released on April 21st in Europe and North America for $19.99.

Hardcore puzzle enthusiasts will be able to up the ante with settings for restricted win conditions, a medal system, and more. Speedrunners will feel right at home thanks to the inclusion of a variety of time-based challenges.

Featuring nearly a dozen local two player co-op missions, World-Splitter is perfect for a pair of pals looking to elevate their puzzler prowess to the next dimension.

World-Splitter (Switch – eShop) comes out on April 21st in Europe and North America.

Cloud M1 have announced a game for the Nintendo Switch: Ayo the Clown, a 2.5D platformer. It will be released this Spring in Europe and North America.

On this incredible adventure you play as Ayo, your not-so-average clown, in search of his best friend and beloved dog, Bo, who has mysteriously disappeared. What happened to Bo? Will they ever juggle together in the park again? Or set up that circus act they’ve always planned? Ayo’s journey will take him across eight regions from the lush Hills, to the wacky Water World and all the way to sickeningly sweet Candy Land in search of clues to Bo’s whereabouts. Like all good adventures, you won’t be all on your own. Ayo’s world is full of friendly people and interesting creatures that are willing to lend a helping hand but beware of the fiendish foes who are out to cause you harm. Pick up a water balloon, balloon sword, toy hammer, dinosaur, helicopter, tank (boy, that escalated), everything a healthy clown needs to survive in the great outdoors, as you go about your quest.

Since Ayo is not the kind of clown to make the same joke over and over again, you’ll travel across many uniquely themed platforms providing plenty of laughs on the way as you strive to reunite clown and dog. You’ll come into contact with larger than life bosses and hordes of enemies that will prove that this clown is much tougher than he seems. Using skills such as wall jumps, slope slides and the headache inducing head stomp Ayo will show you that he has a lot of tricks up his sleeve. And throughout your journey be sure to keep an eye out for some lovely collectibles: gems, rubber chicken, fart bags – you name it! A clown’s gotta get paid somehow. 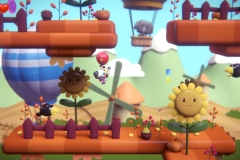 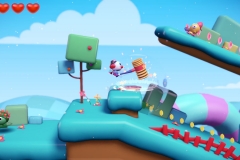 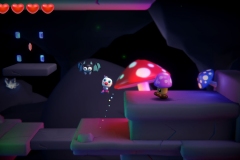 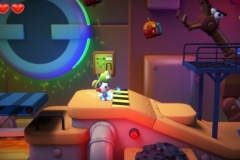 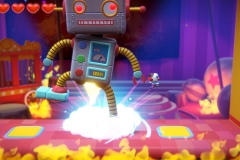 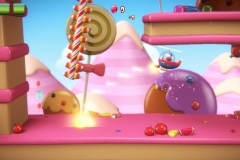 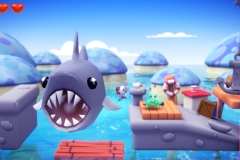 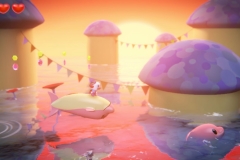 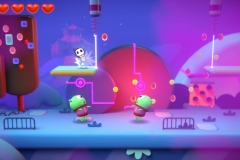 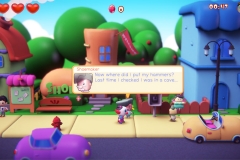 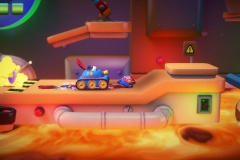 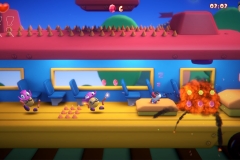 Ayo the Clown (Switch – eShop) comes out this Spring in Europe and North America.