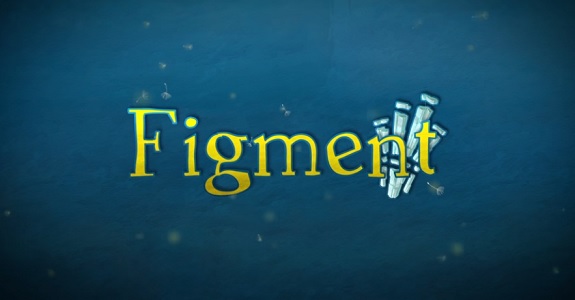 Today’s Nintendo eShop news: LIMBO and INSIDE dated for the Nintendo Switch, but also…

Here’s the trailer and screenshots for LIMBO:

And here’s the trailer and screenshots for INSIDE:

LIMBO and INSIDE (Switch – eShop) comes out on June 28th worldwide.

Yesterday, The Game Bakers announced that their second Nintendo Switch game would be a port of Squids Odyssey, first released on Nintendo 3DS and Wii U. It will be available on July 5th in Europe and North America.

Squids Odyssey is a pretty unique proposition: a tactical turn-based RPG with a twist of fling mechanism. The adventure takes place under the sea, as a murky black ooze is turning once friendly crustaceans into cranky monsters. With their realm under siege, a scrappy shoal of Squid heroes has no choice but to fight back.

But Squids Odyssey is not just about jaunty art style, quirky dialogues and cheerful music. The game offers a challenging tactical RPG experience. Hero classes, stat-boosting helmets, power-ups and the levels environment add a strategic element to the role-playing gameplay. The game features 90 missions for 15 hours of gameplay and the Pro Mode, with completely redesigned missions, doubles the challenge.

Squids Odyssey (Switch – eShop) comes out on July 5th in Europe and North America. The Upcoming Games page has been updated!

Yesterday, Four Horses announced that Miles & Kilo will be released on July 5th in Europe and North America (already available for pre-purchase).

Here’s a trailer, a video clip and some details:

A routine flight for Miles and his four-legged best friend Kilo turns extraordinary when a sudden storm hits. Miles & Kilo are attacked by a mischievous spectre and sent spiralling into a crash landing on a haunted island! To make matters even worse, a local gang of thieving critters run off with all the plane parts. This plucky duo’s only hope is to embark on a thrilling chase across treacherous terrains. Will you help our heroes escape?

Miles & Kilo is a fast-paced, super-challenging action platformer featuring adorable pixel art and an old school soundtrack. Take control of Miles and Kilo to run, jump, bounce, swing, roll, surf, crash, smash and hop your way through 36 challenging levels across five beautiful hand drawn worlds. Both Miles and Kilo have their own diverse sets of moves and abilities: Miles can wall-jump, slide, punch, and toss fruit at pesky critters; Kilo can somersault through breakable walls and dash through the air to pounce on nearby baddies.

Earlier this week, PICOMY announced that Heroki was headed to the Nintendo Switch:

Heroki (Switch – eShop) will be released this Summer on Nintendo Switch. The Upcoming Games page has been updated!

Here’s the latest trailer for Figment, releasing on Nintendo Switch next week (on June 28th):

The game is currently available for pre-purchase on the Nintendo eShop, with a 20% off discount!

Here’s the latest video clips for Save Me Mr Tako:

It's #TakoTuesday! Here's a dramatic moment from #SaveMeMrTako, coming to #NintendoSwitch later this year. pic.twitter.com/SVsvMVOWIq

Here’s a short video clip for the Stink Bomb, which was added to Fortnite via the latest Software update!

Pass the gas! The Stink Bomb is now live, find it in-game! pic.twitter.com/LKGBO6VhAr

Speaking of Fortnite, the developers wrote a blog post to discuss some of the recent and upcoming changes they’ve made and are going to make to the game, in order to ensure the game offers a wide range of play styles and counterplay. You can read it by clicking here!

Here’s the launch trailer for Pode, now available in Europe and North America:

Here’s the recording of the latest Inti Creates livestream, which is about Bloodstained: Curse of the Moon!