Kairosoft have announced that their next release for the Nintendo Switch is Epic Astro Story, releasing on June 27th worldwide. Pre-orders will go live on June 20th in Japan (and most likely in Europe and North America too), where it will cost 1 200 Yen. As usual, the Japanese version will offer an English language option.

Here’s a trailer, some details, and some screnshots:

Ready to test your mettle against the final frontier? Pioneer an untamed planet, building roads and houses for your fellow denizens of the future. Cultivate your quaint colony into a stellar space citadel, and you’ll pull alien tourists from everywhere this side of Alpha Centauri! Careful though, not all intelligent life seeks souvenirs. Prepare to engage in heated battle with all manner of cosmic creatures! Win–and you just might be rewarded… Strap into your spacecraft, all systems are go for an epic astro adventure that’ll warp you to light speed and beyond! 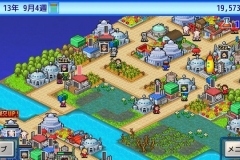 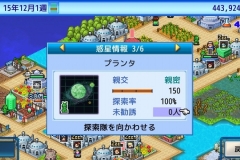 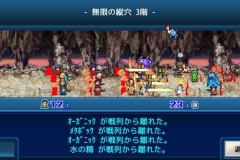 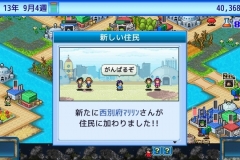 Korion Games and StickyStoneStudio have announced that Memorrha, their puzzle game, will be released on September 27th in Europe and North America. They also shared a brand new video for the game, which takes about 8-10 hours to complete:

Memorrha (Switch – eShop) comes out on September 27th in Europe and North America. The Upcoming Games page has been updated!

Here’s a soundtrack sample for Crossniq+, and more precisely the MECHANIQ track:

Another sales milestone for Timberman VS! Forever Entertainment have announced that Timberman VS has now sold over 200 000 units worldwide. Once again, no regional breakdown is provided… 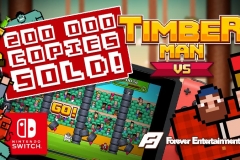 Here’s the video for the new Chug Splash item, added to Fortnite via the latest Software update: