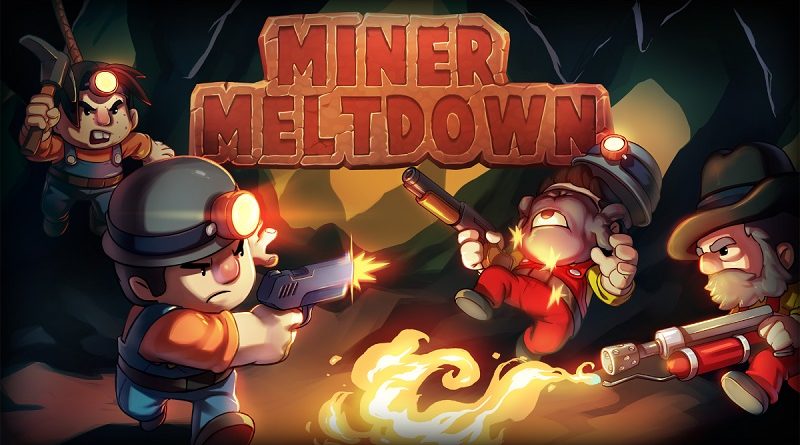 Ultimas have announced that they are bringing Miner Meltdown, a 2-D Team-Based Competitive Multiplayer, to the Nintendo Switch this Summer.

In Miner Meltdown, 4v4 teams will scour random maps for gold while attempting to blow up the opposing team and earn the most points to win the match. With a focus on fast-paced gameplay, players in Miner Meltdown can utilize jetpacks, ropes, and grapples to get around as they delve through the map for gold to upgrade their gear. By earning more gold than their opposition, players will be able to buy better weapons and gadgets, giving them more firepower to explode their enemies. Each defeat of an enemy player will earn the player’s team points, bringing them closer to victory.

Featuring completely destructible environments, players will carve their own path through each map while also surviving the random environmental pitfalls and traps along the way. The enemy team and environment aren’t the only obstacles players will face; various monsters will threaten their mining as they explode and hunt their way through the map earning points for every kill to get the edge on the enemy team. Players will be able to play online with friends or solo against AI as well as battle it out in deathmatch, crazy-king, and diamond dash game modes. 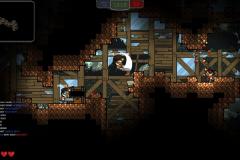 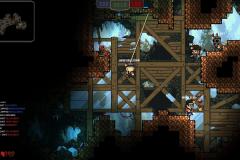 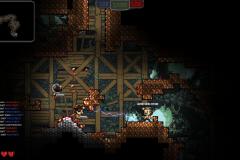 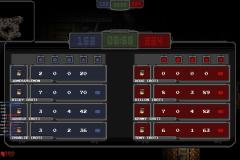 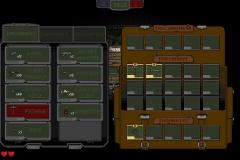 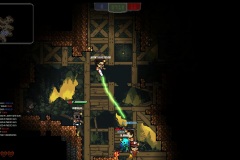 Miner Meltdown (Switch – eShop) comes out this Summer in Europe and North America.

Humble Games (the publishing arm of Humble Bundle) have announced their latest game for the Nintendo Switch: Carto, an adventure game developed by Sunhead Games. It will be released this Fall in Europe and North America.

Carto is a chill adventure game wrapped around a unique, world-shifting puzzle mechanic. Use this power to explore mysterious lands, help a quirky cast of new friends, and guide Carto on her journey home.

Carto (Switch – eShop) comes out this Fall in Europe and North America.

Cranky Watermelon have announced a game for the Nintendo Switch: Boomerang Fu, a physics party game for up to 6 players. It will be released on August 13th in Europe and North America.

Slice and dice your friends with boomerangs in this action-packed party game, developed by Cranky Watermelon. Join a crew of your favorite foods as you grill, chill and spill your enemies. Discover ridiculous power-ups and stack them together in deadly combinations to become the ultimate Boomerang Fu master. 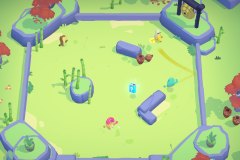 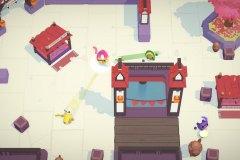 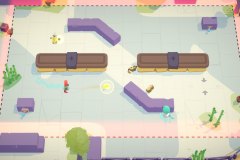 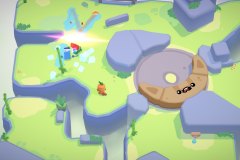 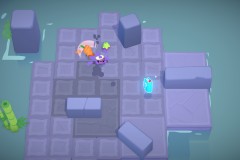 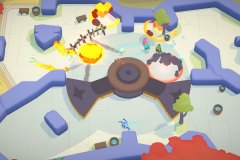 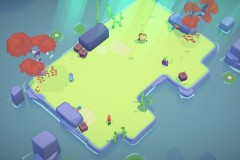 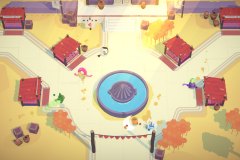 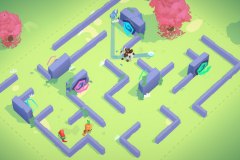 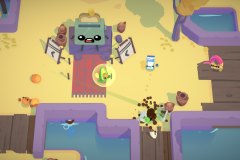 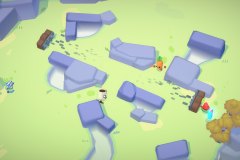 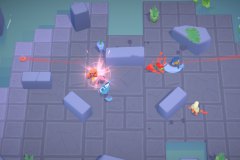 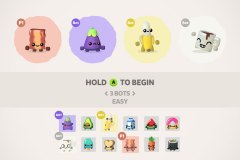 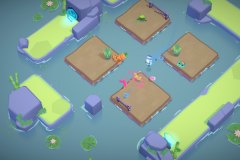 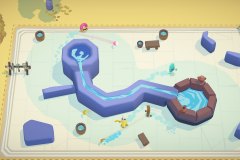 Carbon Fire Studio have announced that they are bringing Linn: Path of Orchards to the Nintendo Switch. This adventure game will be released this Summer in Europe and North America.

Step out of your conventional platforming habits and delve into the dynamic and rotating world of Linn, a modern puzzle platformer set in a fantastic and mysterious ancient world. You are in control of Aban, an exotic guardian of nature, on her journey through a lost sky temple. Help Aban on her divine mission to rejuvenate the ancient Tree of Light. Levels consist of treacherous dynamic platforms that make you rethink every move before you press any button. Completing each level needs both timely reactions and logical thinking.

Linn: Path of Orchards (Switch – eShop) comes out this Summer in Europe and North America.

Here’s the latest set of details and screenshots for Legends of Ethernal:

Legends of Ethernal is a 2D single-player action adventure game where you need to explore beautiful hand-crafted environments, solve clever puzzles and battle challenging creatures to uncover the truth about your parents’ disappearance.

Are you ready for a challenge? Maybe not? Choose the difficulty level that works for you — whether that’s hardcore mode with permadeath or a more relaxed pace. Solve puzzles and unleash your strategies against boss battles in multiple dungeons.

Admire beautiful 2D hand-drawn art covering multiple environments, scaling up to a resolution of 4K on supported platforms. Plus, listen to the wonderfully crafted score, produced and recorded by veteran musician William Gough!

New mechanics unlock as you adventure further – arm yourself for the challenges ahead with weapons and items that you find. Gather ethers and craft items during the course of your journey to help you progress through challenges large and small! 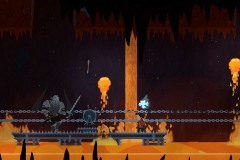 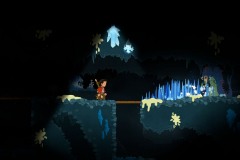 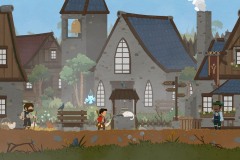 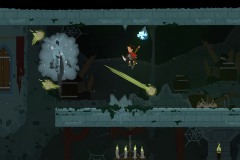 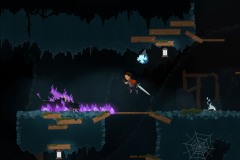 Legends of Ethernal (Switch – eShop) comes out this Fall worldwide.

Nintendo of Europe have announced a special offer: the Double Gold Points Fest. Starting today, and until August 12th, various Nintendo Switch games will net you twice the usual amount of Gold Coins if you buy them from the Nintendo eShop. This allows you to get up to 10% of the money you paid to buy them! But not all games are available right away: they will be added progressively, with 3 going live every Thursday until July 30th (the offer lasts until August 12th for all games, regardless of when they were added).