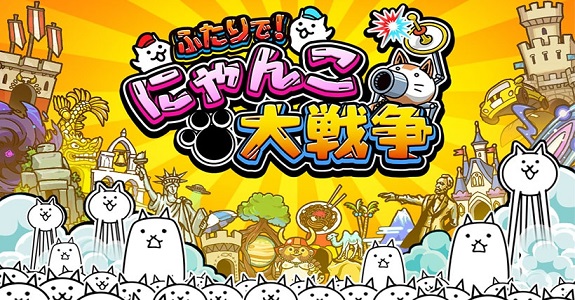 Today, the very first details about Futari de! Nyanko Dai Sensou were revealed. This brand new game in the Battle Cats series allows players to play in co-op, but also try out some mini-games. It will be released this Winter in Japan, and if The Battle Cats POP is any indication, it should also be released in Europe and North America (but nothing has been announced so far).

Here’s a trailer for the Gods & Glory DLC pack for Hollow Knight, releasing on August 23rd on all platforms (including the Nintendo Switch):

Yesterday, Circle Ent. announced yet another game for the Nintendo Switch. This one is called WILL: A Wonderful World, and it’s described as a “narrative experience”, where you get to influence the main character’s fate and solve various puzzles.

Here’s a trailer from the PC version of the game:

And here’s what the story is all about:

Use your heart and wisdom to help those in need.
There was an urban legend…

Write your troubles down on a note. Hold it in your hand at midnight and pray. “God, please help me…” Then god will hear your plea. And change your fate. It was only a legend though. It wasn’t even popular for very long…

A young girl wakes up, groggy in an unknown room. A talking dog appears before her and she becomes startled by the revelation he tells her: They are gods and it is their duty to change the fate of any humans that ask for their help. Letters appear in the mail and with pen in hand she begins her job.

People who believe in this legend live all over the world, in every shape and form. They write and pray to the gods, seeking help for their troubles:

With the power to change the fate of humankind, dive deep into the story and learn about those that seek out your help but, remember, changing someone’s fate will have an effect on others whether they are interconnected or not. As you read through each story, perhaps your memory will also return, but what will you learn about your character and her mission?

WILL: A Wonderful World (Switch – eShop) comes out later this year in Europe and North America. The Upcoming Games page has been updated!

Last week, inXile Entertainment announced the upcoming release of Wasteland 2: Director’s Cut on Nintendo Switch, this August. This version of the game has been enhanced by various improvements and additional content. The game itself offers an epic adventure across a post-nuclear American Southwest.

With over 80 hours of gameplay, players will deck out their Desert Ranger squad with the most devastating weaponry this side of the fallout zone, test the limits of their strategy skills, and bring justice to the wasteland.

Wasteland 2: Director’s Cut (Switch – eShop) comes out this August in Europe and North America. The Upcoming Games page has been updated!

Heads up for players who backed My Girlfriend is a Mermaid?! on Kickstarter: BackerKit is now live! You need to register there if you want to receive your digital goods, and add your address for the physical goods. You an also upgrade your pledge if you want, but you’re under no obligation to do so.

For more details, check out the latest Kickstarter udpate for the game!

My Girlfriend is a Mermaid?! (Switch – eShop) does not have a release date yet.

Here’s a little “screenshot” that shows a behind-the-scene look at the game’s development:

Here’s the latest illustration for Nairi: Tower of Shirin:

Watch your step, it’s a bit of a fall…#PLANETALPHA #UE4 pic.twitter.com/6vdlpXU1Cx