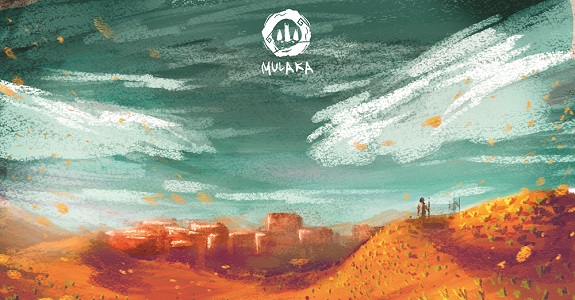 Here’s some screenshots for Pac-Man Championship Edition 2 Plus, releasing next week worldwide:

Yesterday, it was announced that Mulaka would be released on March 1st on Nintendo Switch. Here’s the latest trailer:

Mulaka (Switch – eShop) comes out on March 1st in Europe and North America. The Upcoming Games page has been updated!

Yesterday, Circle Ent. announced yet another game for the Nintendo Switch: World Conqueror X. More details will be provided at a later date!

World Conqueror X (Switch – eShop) does not have a release date yet, but it’s already been added to the Upcoming Games page!

Good news for players who were waiting for the European release of Space Dave!, and didn’t want to get it from the North American Nintendo eShop: it will be released on February 20th in Europe! The Upcoming Games page has been updated.

Earlier today, Dengeki Nintendo announced that Ace of Seafood would be relesed on February 22nd on Nintendo Switch, in Japan. Here’s a few screenshots:

Ace of Seafood (Switch – eShop) comes out on February 22nd in Japan. The Upcoming Games page has been updated!

Here’s some (off-screen) gameplay footage for YIIK on Nintendo Switch:

YIIK (Switch – eShop) does not haev a release date yet.

Here’s the launch trailer and some screenshots for Owlboy, now available worldwide:

In games, the names of main enemies (such as bosses) are often prominently mentioned, but it’s rarely the case of minor and/or regular enemies. In the past, game manuals included the list of enemies, but nowaways, it’s pretty much impossible to find their names if it’s not mentioned somewhere in-game (in a bestiary, for example).

Fortunately, Shovel Knight players who want to know what the enemies found in the Specter of Torments campaign are called can check out this page, where Yacht Club Games have listed them all. Be careful though: there are spoilers to be found in there!

Heads up for players who liked the music in Floor Kids: the original soundtrack album is releasing on April 27th! It will be available digitally, but also as vinyl. You can get more details from the Kid Koala Shop!

You can find love in unexpected places! Xeodrifter coming to #NintendoSwitch tomorrow! pic.twitter.com/yHyTMMxP5D

Xeodrifter (Switch – eShop) comes out on February 15th in Europe and North America.