Here’s some more details for Skater XL, revealed during the Indie World presentation on Monday:

With Skater XL Easy Day Studios hopes to recreate the authentic California skateboarding experience by focusing on physics-based board control and sandbox-style gameplay. Incorporating detailed motion-capture, the team built a custom animation system that composes real-time animations on the fly. The board and character are under the user’s control moment-to-moment, ensuring that no two tricks or lines are ever alike and unlocking the freedom, creativity and satisfaction of skateboarding like no other skateboarding game before it.

Additional features such as a fully customizable character, a variety of gear, clothing and accessories, and a community-created Replay Editor let players further capture and re-live their best moments. Players can make their own video edits, mashups and highlight reels, much like the homemade videos popular in the skateboarding community.

Skater XL (Switch – eShop) comes out in 2020 in Europe and North America.

Square-Enix have announced that Final Fantasy VIII Remastered will be released on September 3rd worldwide.

Here’s two trailers, some details, and the list of improvements:

FINAL FANTASY VIII Remastered celebrates its 20th anniversary by bringing the cherished RPG to modern platforms, featuring newly rendered visuals that bring the game’s beloved characters to life like never before. Players step into the shoes of SeeD recruit Squall Leonhart and resistance fighter Rinoa Heartilly as they work together to save the world from the military nation of Galbadia.

Bossa Studios have announced their latest game for the Nintendo Switch: The Bradwell Conspiracy, a “narrative-driven, first-person tale of corporate duplicity” developed by A Brave Plan. It will be released this Fall in Europe and North America.

The Bradwell Conspiracy is the first release from ‘A Brave Plan’; a team of BAFTA award winning AAA veterans with the likes of Fable, Batman and Tomb Raider under their collective dev belts. The game also features music composed by Austin Wintory (The Banner Saga, Journey) and an illustrious vocal cast including Broadway actress Rebecca LaChance currently performing in School of Rock in London’s West End, Abubakar Salim from Assassin’s Creed: Origin’s and TV’s Jonathan Ross.

The Bradwell Conspiracy places the player as an unnamed museum visitor waking up in the aftermath of an explosion at the Bradwell Stonehenge Museum’s Solstice 2026 Gala. To escape the chaos the player must work with Amber, A Bradwell Employee trapped elsewhere in the collapsing building. Due to an injury, the player’s means of communication is sending pictures to Amber via a pair of Bradwell AR Smart Glasses. However, their escape route is a perilous one and players will soon find themselves in the depths of a hidden underground complex full of secrets. With a Brutalist art style unique to the Bradwell Universe plus original 3D-printing and photography gameplay mechanics used to solve the many puzzles throughout, The Bradwell Conspiracy will offer a truly immersive gameplay experience. 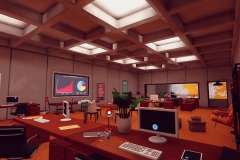 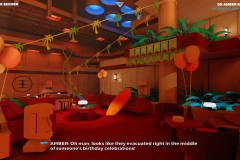 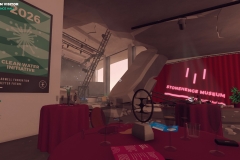 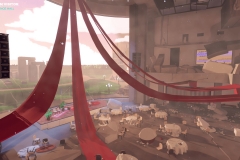 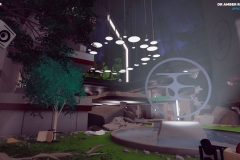 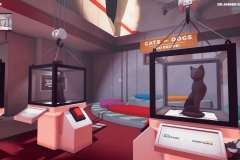 The Bradwell Conspiracy (Switch – eShop) comes out this Fall in Europe and North America. The Upcoming Games page has been updated!

Troglobytes Games have shared a trailer showcasing Act Four of the Early Acess period for HyperParasite:

It provides the following new elements and improvements:

HyperParasite (Switch – eShop) does not have a release date yet.