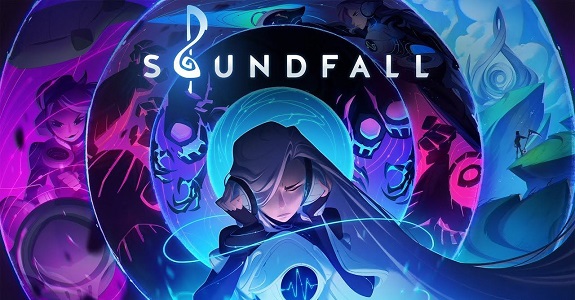 Yesterday, Drastic Games announced that their debut games, Soundfall (a music-driven action adventure game) is coming to the Nintendo Switch, next year. Here’s a trailer and some details about it:

A lively mix of twin-stick shooting and rhythm-based gameplay, Soundfall follows the journey of Melody, a young audiophile who finds herself transported to the world of Symphonia. In search of a way home from this mysterious land where music comes to life, she becomes entangled in a conflict to save the realm from Discord, an unfathomable darkness that threatens everything.

From Symphonia’s lush environments to its outlandish creatures, music drives every aspect of this rhythmic dungeon crawler. Become immersed in a world shaped by sound while delving into forbidden dungeons, exploring fantastic landscapes, and uncovering the hidden power of song.

Soundfall’s levels, enemies, loot, and more are procedurally-generated by and dynamically react to a range of musical elements, changing not only from song to song but measure to measure as tunes build and die away. Battles synchronize to the beat, rewarding players who dash and slash in time to the beat with impressive dance-like combos.

While harmonizing with Soundfall’s refrains, players search for gear and upgrades, like one-of-a-kind weapons and legendary artifacts with audio-driven powers. A diverse roster of playable characters, each with their own distinct playstyle and musical palettes, makes for compelling team-play in online and couch co-op for up to four friends. No matter how players choose to play, there are a wealth of ways to enjoy this action-packed musical experience.

Soundfall (Switch – eShop) comes out next year in Europe and North America. The Upcoming Games page has been updated!

Earlier today, Pocket Trap and Modus Games announced that Ninjin: Clash of Carrots (a frenetic, non-stop action game, that can be played in single player or 2 player co-op online) will be released on September 4th on Nintendo Switch. It will cost £11.99.

Here’s a trailer and plenty of details:

Set on a fantasy continent inspired by the Japanese Feudal era, Ninjin: Clash of Carrots is a hilariously fun beat-’em-up with a heaping dose of customization options to make each stage fresh and exciting. Battle through side-scrolling worlds as Ninjin, a charismatic bunny, or as Akai, a ninja fox, to recover your village’s stolen carrots from the claws of the evil Shogun Moe.

Take down numerous enemies and bosses, collecting carrots along the way which can be spent in the Corgi Store to purchase new equipment, or the Shady Shop for special weapons, tons of masks and other customization items. Choose from a wide variety of equipment, outfitting your character to better defeat your opponents. Then get back out there and kick some tail!

Ninjin: Clash of Carrots also features a special survival mode called “Oni TV Show” – also playable in both single and multiplayer – where you’ll have to fight endless waves of enemies to rack up rare rewards. Challenge a friend to see who can progress the furthest. Ninjin: Clash of Carrots is easy to pick up and play, but only the most skillful ninjas will master the game!

Ninjin: Clash of Carrots (Switch – eShop) comes out on September 4th in Europe and North America. The Upcoming Games page has been updated!

Yesterday, Jackbox Games revealed one last game for the The Jackbox Party Pack 5: Patently Stupid! Here’s what it’s all about:

Have you ever dreamed of being a millionaire? Well, maybe Patently Stupid can put you on the road to riches! (It can’t.)

Join your seminar hosts Toby and Lena as they guide you through the world of invention and finance. Each seminar attendee creates a bizarre problem that another attendee is tasked with solving. Attendees must act fast to name and draw their innovative solution. And to top it off, each attendee presents their idea to the group to obtain the funding to make their dreams come true! Yay! Public speaking!

So, get your inventing caps out everybody and create some unique solutions to some truly bizarre problems!

The Jackbox Party Pack 5 (Switch – eShop) does not have a release date yet.

Here’s the latest set of screenshots for Fear Effect Reinvented:

Here’s the latest picture for Feudal Alloy, showing yet another equipment set:

We've worked for years to imbue Wandersong with the optimal amount of music, joy, rainbows and friendship. Wishlist us on Steam and play it when it comes out! :D (and RT this too!) https://t.co/JL34Td7xn4 pic.twitter.com/eK5NyYgD9Q

It's #SaveMeMrTako Tuesday, and Tako-san is preparing takoyaki! (Does he know what takoyaki is made of?) #NintendoSwitch pic.twitter.com/fobgh0SzcO

I'm proud to have worked on a game where you can play as both a robot in a top hat and a man in a pink cape with glorious golden hair #speedbrawl #brawler pic.twitter.com/l4ruNccUYa

Here’s the latest promo video for the Nintendo eShop, showcasing some of the best and most well-known games available: