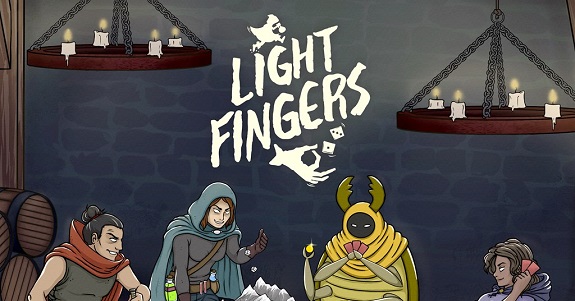 Today’s Nintendo eShop news: Memory of Us announced for the Nintendo Switch, but also…

Earlier this week, Crunching Koalas announced their latest game for the Nintendo Switch: Memory of Us. This is a puzzle-based, side-scrolling story game about touching tale of a friendship between a girl and a boy. It features narration by the one and only Patrick Stewart, and is developed by Juggler Games. It will be released in Q4 2018.

My Memory of Us is a puzzle-based, side-scrolling story game of hope and heroism in the face of absolute terror.  Story, narrated by Patrick Stewart begins in The City – a place inspired by pre-Second World War Warsaw, where a young boy and girl from two different worlds come together to be kids, free to play and enjoy life.  War breaks out and the children, faced with forced separation, with your help, may find a way to stay together and  survive the threat of the evil occupation of their world.

Memory of Us (Switch – eShop) comes out in Q4 2018 in Europe and North America. The Upcoming Games page has been updated!

Earlier this month, Panstasz and Ysbryd Games announced World of Horror for the Nintendo Switch. It’s a unsettling cosmic horror retro RPG, to be released next year on the Nintendo eShop. It will be playable in English (and other languages, to be announced at a later date).

The Old Gods are reawakening, clawing their way back into a world that’s spiraling into a mysterious madness. In a small, seaside town of Japan, the population’s sanity is dwindling and otherworldly, grotesque creatures terrorize those who call the place home. It’s the end of the world and the only solution is to confront the terror reigning over the apocalypse.

Navigate this hellish, roguelite reality through turn-based combat and unforgiving choices. Experiment with the events of a playthrough by building a deck of event cards to discover different outcomes for your battles against the darkness. Different decks may even unlock new mysteries or clues.

WORLD OF HORROR features branching stories with five playable characters to brave the chaos, each with their own story and a different perspective on the events that unfold. Unravel puzzles and mysteries through spells that sacrifice sanity. Uncover disturbing and shocking clues. Diligently search every nook and cranny, scouring for helpful items that may come in handy in another twisted encounter.

Experience the quiet horror of this love letter to the works of Junji Ito and H.P. Lovecraft. WORLD OF HORROR is free of typical jump scares, relying solely on its unnerving environments and amorphous terrors to create a gnawing sense of dread. Complimented by haunting chiptunes and a 1-bit art style with a variety of available palettes, WORLD OF HORROR presents a series of frightening and unsettling accounts that linger well after stepping away.

World of Horror (Switch – eShop) comes out next year in Europe and North America. The Upcoming Games page has been updated!

Last month, PQube announced yet another game for the Nintendo Switch: Razed, a lightning-fast speed-runner developed by Warpfish Games, releasing this October. Here’s a trailer and some details:

RAZED is a game focused on speed, with the player charged with making it to the finish line in the quickest time possible, dancing and darting across dynamic levels littered with obstacles designed to take you down. Power boosting skills unlocked along the way can send you soaring – sometimes literally – with every second saved edging you closer to a triumphant run. In short, RAZED’s rather manic mantra is go fast, or die trying.

Razed (Switch – eShop) comes out on October 15th in Europe and North America. The Upcoming Games page has been updated!

Last month, The Voxel Agents announced The Gardens Between for the Nintendo Switch. It’s an adventure puzzle game where you have to manipulate time in order to guide two best friends through a surreal world of mysterious garden islands.

Arina, a headstrong girl, and Frendt, a boy wise beyond his years, fall into a series of vibrant, dreamlike island gardens peppered with everyday objects that hold a special significance to the duo. Together they embark on an emotional journey that examines the significance of their friendship: the memories they’ve built, what must be let go, and what should never be left behind.

Designed as an homage to the enduring power of friendship, The Gardens Between places you in control of not the characters themselves, but the force which will change and shape their relationship: time. In the mysterious realm they find themselves transported to, cause and effect are malleable and time flows in all directions. Solve puzzles to reach the apex of each isle and light up constellations of memories, illuminating threads of a bittersweet narrative.

On Nintendo Switch players will be able to follow Arina and Frendt on the go, solving mind-bending puzzles on a break at work or enjoying the gorgeous environments with friends at a party. The console’s HD Rumble feature brings the game’s lush world to life, underscoring curious moments of time and imagination.

The Gardens Between (Switch – eShop) comes out this Summer in Europe and North America. The Upcoming Games page has been updated!

Here’s some screenshots for Fernz Gate:

Maybe tunnels aren't your thing? That's OK! for 15 gold coins you can take to the skies and make your escape in an airship!

Perfect for when you're looking to make a quick exit after looting a shop in the city! pic.twitter.com/0Ds9YWdgAm

Light Fingers (Switch – eShop) doesn’t have a release date yet.

Here’s the launch trailer for State of Mind, releasing today in Europe and North America: