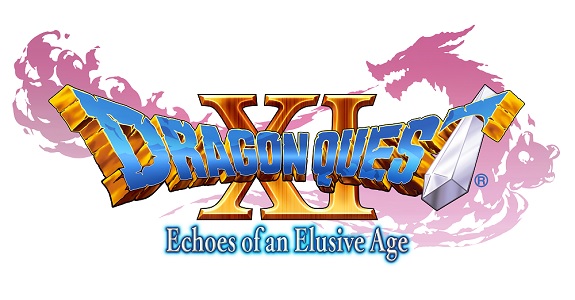 Last week, Dragon Quest XI: Echoes of an Elusive Age was released in Japan. It’s the latest mainline entry in the extremely popular Dragon Quest series, and such a release is always a bit of a cultural event in Japan. Therefore, it was guaranteed we would get the usual early sales report from Famitsu, even if the game had sold less than 1 million units (there was no way it would underperform like that, though!).

Today, Famitsu revealed that Dragon Quest XI: Echoes of an Elusive Age sold over 2 million units during the first two days on the market (July 29th and July 30th). As expected, the Nintendo 3DS version was the best-seller, but the difference with the PlayStation 4 isn’t all that large.

Here’s the sales for each platform:

One thing to note about those sales is that they include all versions: stand-alone, dual-pack, Hardware bundles, download cards, etc… but no digital sales (on either platform).

This is a pretty satisfying result (especially since it’s been 8 years since the last traditional mainline entry), though it’s worth pointing out the game was released on two platforms, and each one got a radically different version (even though it’s technically the same game). Double-dippers definitely contributed to the good sales, though it’s not clear by how much.

Unfortunately, Famitsu didn’t chose to share the sales of the dual-pack (with both the Nintendo 3DS and PlayStation 4 versions of the game), hopefully Media Create will later today!

In the upcoming weeks and months, it will be interesting to see which version ends up selling more. The Nintendo 3DS has a much larger userbase, but it does not necessarily mean its version will always be outselling the other one. Overall, the portable version should end up as the best-seller, but LTD sales will most likely be much closer than what most were expecting when the game was announced for both the 3DS and the PS4.

One thing is almost guaranteed, though: it’s unlikely Dragon Quest XI: Echoes of an Elusive Age will come close to the total sales of its predecessor, even with the two versions. 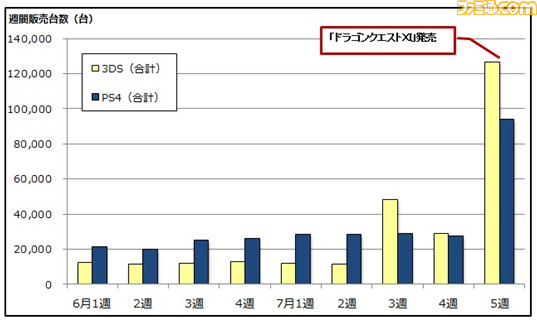 Thanks to the release of Dragon Quest XI: Echoes of an Elusive Past, sales increased by 4.4, to 126 790 units. As mentioned above, it’s pretty unusual to see such strong sales outside of the end of year holiday period! And as you can see for yourself, the PlayStation 4 also benefitted from the game, with almost 100 000 units sold (93 954 units to be precise).

Media Create will share their own data later today!

Dragon Quest XI: Echoes of an Elusive Past (???) comes out next year in Europe and North America.