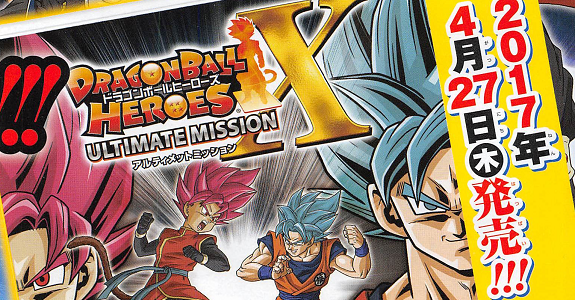 In the latest issue of V-Jump magazine, a brand new Dragon Ball game for the Nintendo 3DS will be revealed — Dragon Ball Heroes: Ultimate Mission X. Unfortunately, we don’t know much about it, other than it will be released on April 27th in Japan, just in time for the Golden Week.

The first-print copies will include 5 Super Dragon Ball Heroes cards:

Here’s the very first scan for the game:

Dragon Ball Heroes: Ultimate Mission X (3DS) will be released on April 27th in Japan. The Upcoming Releases page has been updated!