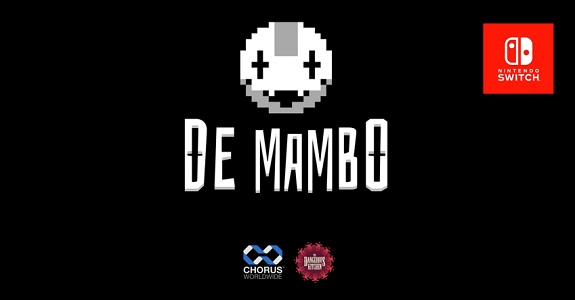 If you’ve already read our post about the Nindies @ BitSummit, you already know that De Mambo is releasing on June 29th worldwide. For those who don’t know, De Mambo is a unique multiplayer action, which is played with only one button (along with the D-pad for movement, obviously).

The aim of the game is quite simple: knock your opponent off the screen, Super Smash Bros.-style. Your attacks can have three levels of charge, and knowing which level to use and when is key to victory.You can also break the levels, if you want… just make sure you don’t end up falling in your ow trap!

The game can be played with 1 to 4 players in multiplayer, and also offers a Single Player mode:

Finally, here’s some screenshots for the game (and an old trailer):