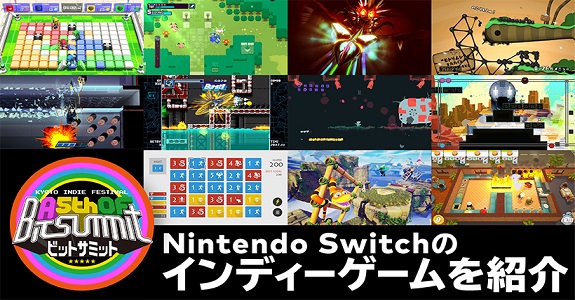 A 5th of BitSummit takes place this week-end in Kyoto, Japan, and today, Nintendo finally announced the list of playable game on its booth. Just like last year, this served as an announcement for several games, which were either announced for the Nintendo Switch, or were finally dated (Japan-only).

Here’s the list of 11 Nintendo Switch games playable on Nintendo’s booth at a 5th of BitSummit this week-end:

Here’s some screenshots for those games:

And here’s some more screenshots for De Mambo:

Naturally, the Upcoming Releases page has already been updated with all those games!