There’s one difference though… Dragon Ball Z: Super Butoden 2 will only be available via Amazon.com, unlike Europe where it will be available through all retailers (though we don’t know if players buying it via the Nintendo eShop will also get it). 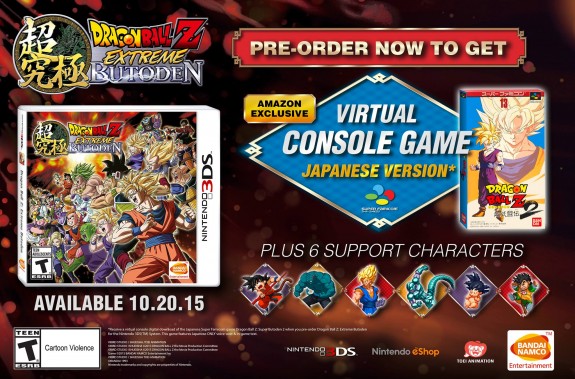 Finally, here’s the latest promotional video for the game, from Japan: