Today’s Daily news: some footage for Hyrule Warriors: Age of Calamity, but also…

Here’s some footage for Hyrule Warriors: Age of Calamity:

Aksys Games have announced that they will release Café Enchanté in Europe and North America on November 5th. First-print copies in North America will include a 6 premium cards featuring characters from the game (retail-only, obviously).

Aksys Games today offered a peek behind the doors of the mysterious Café Enchanté, a coffeehouse that serves a rather strange clientele. Magically hidden from the everyday hustle and bustle of Tokyo, the shop is a meeting place for an assortment of beings from multiple, mystical worlds. When Kotone inherits the café from her grandfather, she has no idea of the adventures in store, or the potential romance that awaits.

Meet the king of demons who can brew a perfect cup, an otome-playing fallen angel, a lonely headless knight, and many more.

Café Enchanté (Switch) comes out on November 5th in Europe and North America.

My.Games have announced their latest game for the Nintendo Switch: Skyforge, a Free 2 Play MMO developed by Allods Team. It will be released this Fall in Europe and North America. At launch, players will get an exclusive in-game gift pack (available for a limited time).

In this acclaimed free-to-play MMO, players can become Immortals, powerful god-like beings destined to save the planet Aelion from invasion. With divine powers at their disposal, they can journey through wondrous worlds inspired by fantasy and science fiction, with hundreds of hours of exciting gameplay, legendary stories, and thrilling battles to discover.

For the first time ever, players can take their intergalactic adventures on the go thanks to the signature portability of Nintendo Switch. Skyforge can be played in TV, tabletop, or handheld mode, using Joy-Con controllers or the Nintendo Switch Pro Controller. Coupled with short, session-based gameplay, it’s the perfect game to pick up and play anytime, anywhere!

Using incredible Immortal powers, players can switch between 18 unlockable classes as they master an intuitive combat system and harness unique, class-specific abilities. Rock out with the Soundweaver’s killer riffs, shoot to thrill with the Gunner, and set Aelion ablaze with the Firestarter!

Beyond an epic main story, the fight to defend Aelion will continue in free updates that push the boundaries of Skyforge’s constantly-evolving universe. Invasions, regular seasonal events, invite players around the world to unite online in a fight against invaders from across the stars and their avatars of destruction. Soon after the Switch launch, players can purchase an Invasion Pass to earn Invasion-exclusive rewards from battles, including special in-game cosmetics.

Skyforge (Switch – eShop) comes out this Fall in Europe and North America.

Captain Sabertooth and the Magic Diamond

Zordix have announced their latest game for the Nintendo Switch: Captain Sabertooth and the Magic Diamond (developed by Ravn Studio). It will be released this holiday season in Europe and North America.

Set in a world of pirates and tropical islands, there is perhaps no villain more feared or more cunning than the dastardly Captain Sabertooth. For years, Sabertooth has controlled the Seven Seas from his mighty ship The Dark Lady. He’s convinced that YOU know the location of a legendary magical diamond and you can either walk the the plank or help him find it.

Explore the world of Captain Sabertooth in classic 2D platforming action built in a lush, detailed 3D world, where your exploration skills will be just as important as your skill with a number of pirate tools.Use your trusty sword and slingshot against jungle animals, pirates risen from Davy Jones’ Locker, and the fearsome Maga Khan’s monkey army, determined to keep you away from your prize. Sink to the depths of the ocean’s bottom in diving gear or swing from the treetops as you inch closer to finding the Magic Diamond.

Keep friendly with the rest of the pirate crew with swashbuckling minigames that will have you playing pinball with a pirate stuffed in a barrel, using The Dark Lady’s cannons for some target practice, navigating treacherous jungle rivers, and more, all while decking your cabin out with glittering treasures and prizes you’ve collected during your adventure. 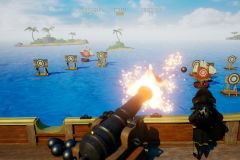 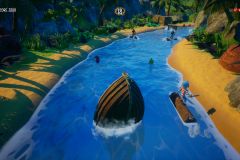 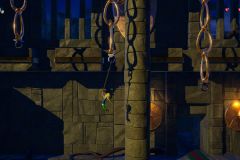 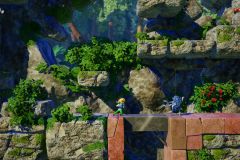 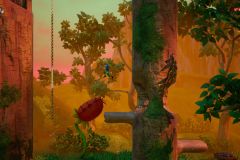 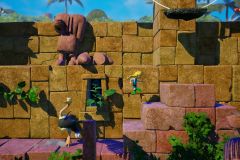 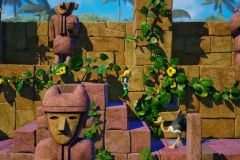 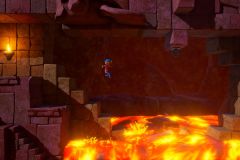 Captain Sabertooth and the Magic Diamond (Switch) comes out this holiday season in Europe and North America.

Here’s a Pokémon x Bump of Chicken music video, with animation by Bones: