Here’s a collection of the various video clips for Xenoblade Chronicles: Definitive Edition, shared over the past few days on social media:

Here’s a virtual performance of the Animal Crossing: New Horizons main theme, by the very musicians behind it:

Heads up for players interested in Story of Seasons: Friends of Mineral Town: it’s now available for pre-purchase on the Nintendo eShop in Europe for 49.99€ / £44.99 / AUS$79.95. Players who do pre-purchase it can get the Cow Costume Outfit for free (it will also be released separately, on launch day). Players planning to buy the physical version of the game will receive an exclusive set of stickers. Speaking of DLC, additional animal outfits for your character will also be released on the Nintendo eShop. 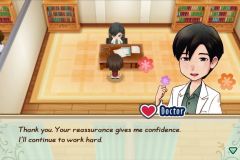 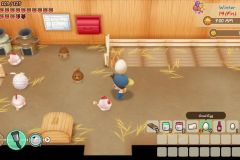 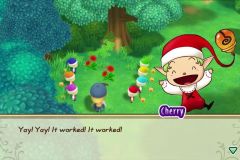 Story of Seasons: Friends of Mineral Town (Switch) comes out on July 10th in Europe, and this Summer in North America.

Here’s some more details for Greak: Memories of Azur:

Featuring stunning hand-drawn, 2D visuals, Greak: Memories of Azur is a single-player, fantasy Metroidvania that sees players alternate control of three siblings – Greak, Adara, and Raydel – as they attempt to defeat deadly enemies, solve puzzles, and overcome a deadly invasion on their homeland. Set across the islands of Azur, players will have to harness the individual abilities and powers of the trio to progress through the many environments they uncover. These include Greak’s natural agility and ability to fit through small and narrow spaces, Adara’s arcane magic attacks and power of levitation, and Raydel’s fighting skills and specialised gear to traverse difficult terrain.

Dungeon of the Endless

Here’s the launch trailer for Dungeon of the Endless, now available in Europe and North America: