NIS America have announced that Mad Rat Dead is also coming to Europe and North America, on October 30th (just one day after Japan). Oceania will get the game one week later, on November 6th.

As usual, the game is getting a Collector’s Edition (called Heart Pounding Edition), which includes the following: 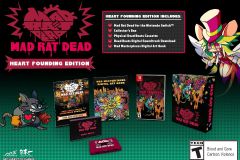 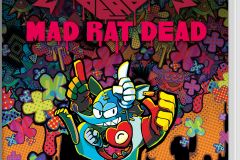 Here’s the English trailer, some details, the list of key features, and some screenshots for the game:

About the Game: A rat’s dream has been lef unfulflled before his death…that is, untl he gets a second chance at life! Granted the opportunity to redo his last day on Earth, the player must utlize Mad Rat’s newfound power to pump his heart in tme with the music, lest his own tme runs out. Mad Rat Dead combines platormer acton and rhythm mechanics to have players keep their eyes and ears peeled at all tmes!

Directed by Yu Mizokami (Yomawari: Night Alone and Yomawari: Midnight Shadows), this game features the titular Mad Rat, who has been granted one more chance at life to fulfill his dream. The player must keep his heart pumping in time with the music and clear stages within a time limit…lest Mad Rat’s own time on Earth runs out! Funky visuals and addictive soundtracks, along with the ability to rewind, provide a unique experience unlike any other. 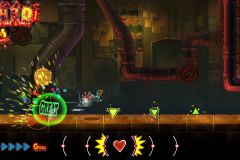 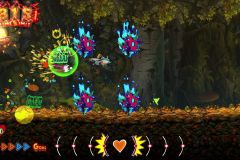 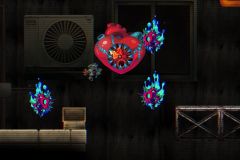 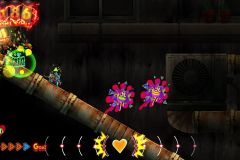 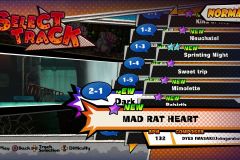 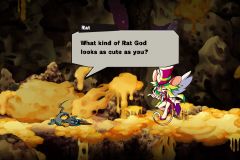 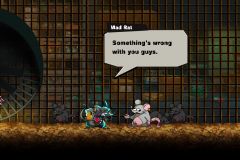 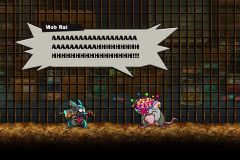 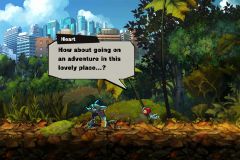 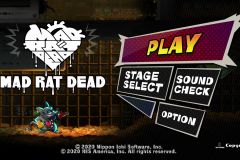 Mad Rat Dead (Switch) comes out on October 29th in Japan, October 30th in Europe and North America, and May 6th in Oceania.

Heads up for players interested in Ninjala: the game is now available for pre-download on the Nintendo eShop worldwide!

Ninjala (Switch) comes out on the Nintendo eShop on June 24th in Europe and North America, and June 25th in Japan, with retail release following on July 22nd in Japan.

Is It Wrong To Try To Pick Up Girls In A Dungeon? – Infinite Combate

PQube have shared some more details about Is It Wrong To Try To Pick Up Girls In A Dungeon? – Infinite Combate:

Is It Wrong To Try To Pick Up Girls In A Dungeon? – Infinite Combate is set in a fantasy realm where gods have limited their divine powers in search of excitement and to experience the hardships of the lower world. To interact with humans, each deity has founded a Familia, which are groups that adventurers can join to socialise and support each other, before they set out into the dangerous labyrinth called Dungeon. One of them is Bell Cranel, the young main character of DanMachi‘s story. As the only follower of the Hestia Familia, he has it a bit harder than the others, but strives to improve himself!

The gameplay is an exciting mix between dungeon crawling with RPG elements and a visual novel-style story, including events from the first Is It Wrong To Try To Pick Up Girls In A Dungeon? anime season and new content! Apart from the extensive Story Mode, players will be able to test their skills in procedurally-generated Extra Dungeons and find out more about other characters during Date Events.

Is It Wrong To Try To Pick Up Girls In A Dungeon? – Infinite Combate (Switch) comes out on August 7th in Europe, and August 11th in North America.

Here’s the latest trailer for Maneater:

Bandai-Namco have shared some more details about Captain Tsubasa: Rise of New Champions:

Prepare to face off against the toughest superteams from around the world, including Germany, Italy, England, Uruguay, Senegal, USA and more. With an exhilarating storyline, over-the-top signature shots and insanely powerful rivals, Captain Tsubasa: Rise of New Champions brings the ultimate Captain Tsubasa experience right to players’ fingertips!

In EPISODE: TSUBASA, players can experience the legendary story of Tsubasa Ozora himself as he seeks to claim glory for Japan on the soccer field! In EPISODE: NEW HERO, players can customize their own characters and experience an all-new adventure centered around their own journey to greatness!

Ruiner (Switch) comes out on at retail on September 17th in Japan.

Tarsier Studios have announced that Little Nightmares has now sold over 2 million units worldwide. As usual, no regional or platform breakdown is provided.

Join Jeb for a sunny Midsummer edition of Ask Mojang! Find out how the chorus plant got its name, where the idea for the Blaze came from, and his favorite feature in the upcoming Nether Update! Could it be that there’s even more lava? Only one way to find out! Do you have any questions for us?