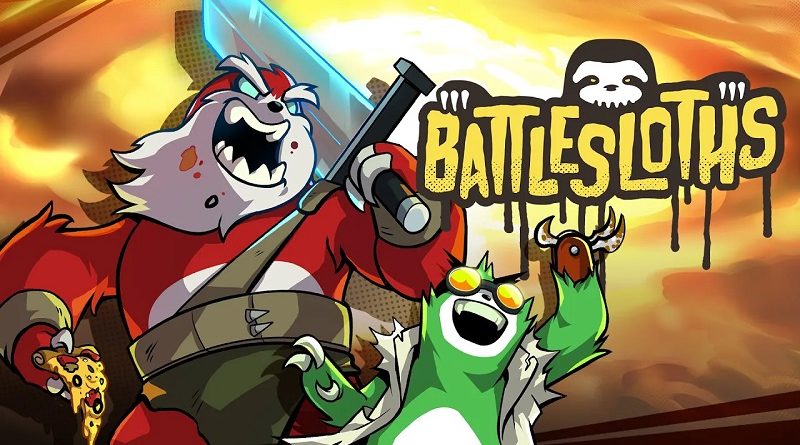 Invisible Collective have announced that they are bringing Battlesloths to the Nintendo Switch. It will be released on February 27th in Europe and North America.

Battle for pizza and victory in retro-style arenas using a customizable sloth that fits your style and a myriad of weaponry at your disposal. In this fast-paced, multiplayer game, go head to head against three friends in local multiplayer or play against some tough AI sloths. Experience the chaotic sloth apocalypse with 20 unique weapons, four game modes, customizable battle settings, team vs. options, free for all, a nuke, and hundreds of hats. Train to become the ultimate gun-toting, hover boarding, pizza-eating sloth. Then take advantage of unique map conditions as you defend your pizza from other players and fight for slices.

Battlesloths (Switch – eShop) comes out on February 27th in Europe and North America. The Upcoming Games page has been updated!