SNK have announced that the next DLC character for Samurai Shodown, Cham Cham, will be released on March 16th.

CHAM CHAM is the younger sister of a powerful warrior residing in a village in Green Hell, a lush forest located in South America. Together with her monkey pal Paku Paku, CHAM CHAM often leaves the comfort of her village to go out and explore—oftentimes getting herself into dangerous predicaments.

This time, however, she leaves on a mission to find her big brother. Her moves are hard to read due to her reckless and bold nature, so be prepared to suffer the consequences if she’s had enough playing around.

On the same day, the latest Software update will be released, and will bring more game balance fixes and a new Guard Crash mechanic.

Bandai-Namco have announced another DLC character for My Hero One’s Justice 2: Tetsutetsu. It will be released soon. 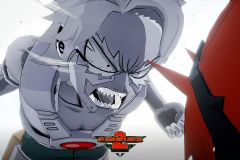 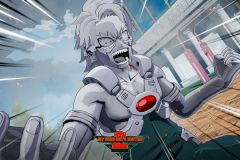 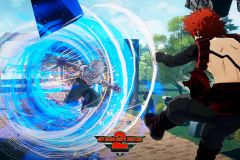 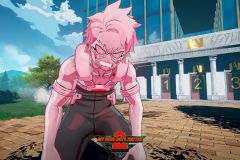 THQ Nordic have announced that they will release Monster Jam Steel Titans 2 in Japan on March 2nd (same day as Europe and North America).

Nintendo Minute is never a minute! Today, we’re back in Super Mario 3D World but we’re doing a fun bingo challenge. We going to play three levels and see if we can complete the challenges on the bingo board. Have you been playing the game? Tell us who your favorite character is in the comments below. Maybe you’ll try to take on this challenge too with your friends. As always, thanks so much for watching and we’ll see you next week!

This episode, Chris gets his paws on a purr-fect pair of platformers with the Super Mario™ 3D World + Bowser’s Fury game! Together with Owen from Nintendo Treehouse and Camille from the Strategic Communications team at Nintendo of America, Chris covers all the cool new additions to Super Mario 3D World and examines the brand-new Bowser’s Fury mode. The panel also pounces on the recent retro-inspired ninja-platformer Cyber Shadow in Nintendo Power Game Club, takes the Warp Zone Quiz, reveals the results of Mario fan polls, picks their most anticipated upcoming Nintendo Switch™ games and more!

Pokémon The Movie: Secrets of the Jungle

Here’s the latest videos for Pokémon The Movie: Secrets of the Jungle:

Pokémon The Movie: Secrets of the Jungle comes out later this year outside Japan.