Degica have announced that Hero must die. again will be released on February 26th in Japan, where it will cost 3 980 Yen. 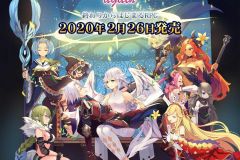 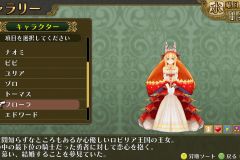 Hero must die. again (Switch – eShop) comes out on February 26th in Japan, and this Spring in Europe and North America. The Upcoming Games page has been updated!

Here’s the latest episode of Nintendo Minute, showcasing the Nintendo Minute (Nintendo Switch – Animal Crossing: New Horizons Edition (out on March 13th in North America, and as a bundle with the game on March 20th in Japan and Europe):

Nintendo Minute is never a minute! Today we’re taking a detailed, thorough look at the Nintendo Switch Animal Crossing: New Horizons Edition. This looks so cool and it’s perfect to get you into island mood. The system comes out on March 13, a week before the game launches. Will you be picking this up? Let us know! As always, thanks so much for watching and we’ll see you next week!

The latest DevBlog post for Moving Out is now live, and it shows some shots of early versions of the game. Click here to check it out!

Moving Out (Switch) comes out on April 28th worldwide.

Here’s the livestream recordings of the latest Splatoon Koshien 2020 tournament in Japan:

Here’s the latest video for TT Isle of Man 2:

TT Isle of Man 2 (Switch) does not have a release date yet.

Here’s the trailer for Help Me Doctor, now available in Europe and North America: