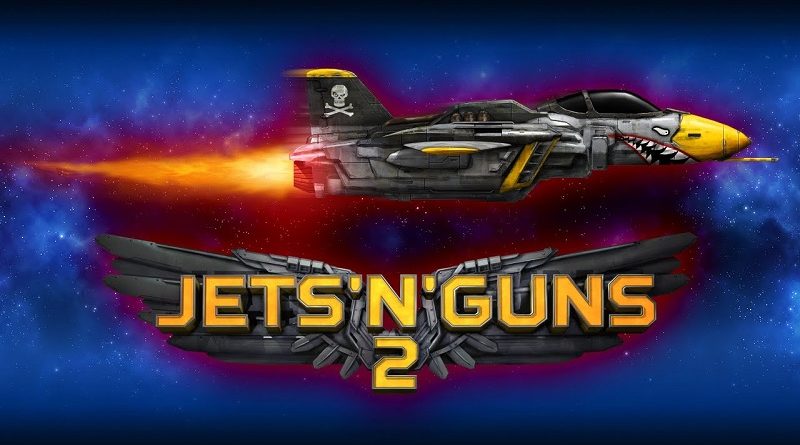 Rake in Grass have announced their latest game for the Nintendo Switch: Jets ‘n’ Guns 2, a side-scrolling space shooter. It will be released on August 26th in Europe and North America.

The universe is once again facing a terrible threat. An unknown but powerful entity from another dimension has entered our reality and is attempting to wipe out all sentient life. The inhabited planets of the galaxy are too divided to take action. It’s up to you, the bravest and finest pilot in the galaxy, to face the enemy alone and prevail against overwhelming odds! Jump into an epic adventure to save the universe. Travel the galaxy and unleash an arsenal of the deadliest weapons and devices ever installed in a spaceship!

Here’s the latest trailer for Yomiwosakuhana:

The devs of Mars Horizon stream the latest build of Mars Horizon with Libby Jackson, Human Exploration Programme Manager from the UK Space Agency. One of Britain’s foremost human spaceflight experts, Libby has worked as a Columbus flight director on missions to the International Space Station. She managed the hugely successful UK Space Agency program that supported Tim Peake’s mission. She tells us what its really like in mission control and how she got into working in the space industry!

Get ready to join the Bakers – Ginger, Rosemary, Thyme, Parsley, Sage and Salt – in a sweet and savory adventure to save the world from the spread of The Mould infection! Featuring 100 levels spread across two worlds – the lush palms and sandy beaches of Tropic Toaster or the harsh and unforgiving desert terrain of Serradurra – Bake ‘n Switch will have you battling with, or against, up to 4 players in co-op, PvP levels or Team v Team, where it’s every Baker for themself! Each of the 7 Bun breeds has its own unique behavior, which can help and sometimes hinder your progress as you battle through fast-paced baking action level after level, fighting off Mouldies to merge, punch and bake these adorable doughballs before time runs out. Max out your scores to win special costumes and challenge yourself in stormy maps where weather and enemies are more tricky. Hey, it’s a breadful task, but someone’s gotta “dough” it!

Bake ‘n Switch (Switch – eShop) does not have a release date yet.