As the nephew of a retired super villain, there’s nothing Keegan wants more than to become one himself — and what better way than to join the League of Evil? All he needs to do is commit a crime to complete his application. Unfortunately, Keegan soon finds himself in more trouble than he could have ever imagined when his plans are interrupted by a couple of spies from opposing agencies. Pick choices that drastically change the story. Will Keegan’s plans be thwarted or allow him to be successful? 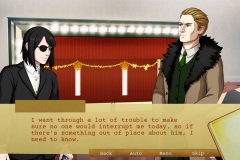 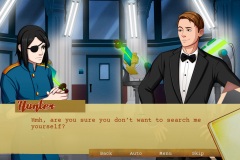 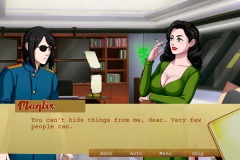 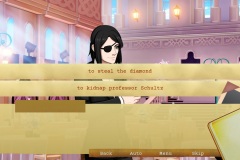 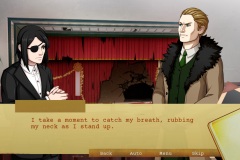 Blind Men (Switch – eShop) comes out on April 17th in Europe and North America. The Upcoming Games page has been updated!

Nintendo have shared a few more details about the Future Connected epilogue in Xenoblade Chronicles: Definitive Edition, revealing that it takes place one year after the main story. Despite that, it will be available right from the very beginning (you won’t have to clear the game to unlock it), and players will be able to play it at pretty much time. This confirms the epilogue is completely separate from the main game. 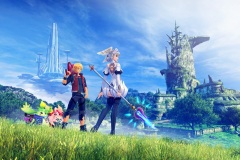 Last week, Nintendo “stopped” Nintendo Switch shipments in Japan due to shortages, and the only way to get one was via one of the pre-orders/lottery opportunities at retailers. Fortunately, it looks like the situation is about to improve, as Nintendo have announced that starting this week, they will resume shipments for both the Nintendo Switch and the Nintendo Switch Lite. Also, the Animal Crossing: New Horizons is also set to return at the end of the month, though primarily via online retailers.

The latest DevBlog post for Moving Out is now available, and this one is all about… ghosts! Click here to check it out. 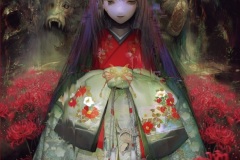 Spirit Hunter: NG (Switch) comes out on May 21st in Japan.

Here’s the latest set of videos for Dandy Dungeon: The Legend of Brave Yamada:

Here’s the launch trailer for 12 Labours of Hercules II: The Cretan Bull, now available in Europe and North America: